Some of Cleveland’s top creative minds gathered on Saturday for Cleveland’s first-ever Holiday Hack-a-thon presented by Scene Magazine. The goal: create new and inventive ways to celebrate the holidays.

Bob Sopko, director of Case Western Reserve’s Blackstone LaunchPad observed the event and summed it up: “Hackathons are a great way of connecting people and ideas. You have creative tinkers and makers working alongside Phds. It’s a really interesting mix of people.”

Teams formed in the morning and had a 4-hour window to design and build their hacks.

“We heard from some of the top tech leaders in Cleveland today and then worked with some of them directly,” said Charlotte Cheng, an intern at LeanDog. 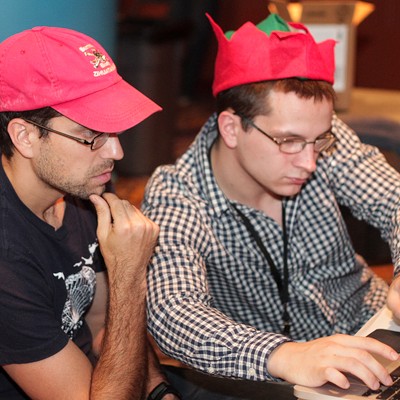 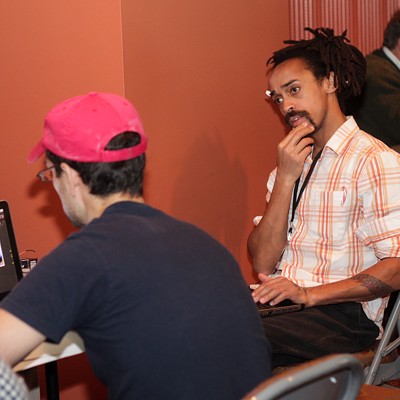 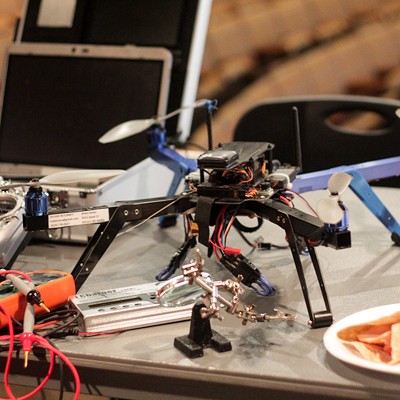 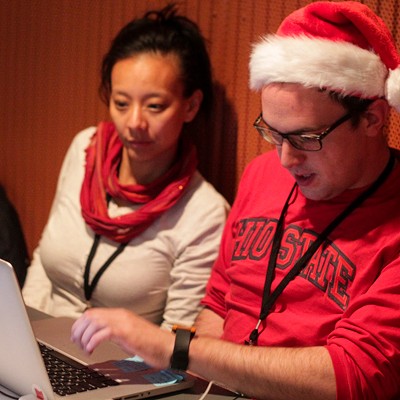 “It’s nice to take a break from the billable cycle and create something with no boundaries,” said Tim Zeller, Chief Creative Officer at Recess Creative.

The resulting projects were as eclectic as the people attending the event.

The Santa’s Wishlist App from Recess Creative (Nicole Galek, Chad Milburn, Nathan Damm, Tim Zeller) was declared Most Ready for Market. Using the app, children can create a holiday Wishlist by typing or scanning a barcode. They can share with their families and friends who can purchase items directly and the data is captured and categorized by age and gender creating a gift guide.

Best Use of TechCentral, Cleveland Public Library’s Makerspace, went to Team Scrooged Up (Clayton Webb, Ryan Slama, Adam Fishman, Ross Bochnek, Jason Mincer) for the Scrooged Up Clock. The Scrooged Up Clock is WiFi-enabled with programmable flashing lights that are connected to a trip sensor detecting home intrusions from a certain man in a red coat with a white beard. The project featured a laser-cut Santa and reindeer silhouette that travels around the face of the clock.

Most Festive was awarded to the music / tech team Fake Species (Zack Zukowski, Joanna Ericta, DJ Sczucs) They created an interactive version of the song ‘Fruitcake.” Normally sung as a round, Fake Species’ version allows players to touch ingredient icons to add or subtract layers of the tune. Best Overall went to GiftGuardian (Carl Shotwell, Will Yaworsky, Mike Zakany, Charlotte Chang, Sir Joshua Hellsing, Jonny Hall). Using an accelerometer and other TinyCircuits devices, it is placed in gifts and sends out an alert to mobile devices if the gift is shaken. The team made creative use of a puppy on stage for the demo. The well-trained pooch nudged a package prompting a sardonic “Ho Ho Ho” on an audience member’s phone.

At the event, MakerGear was on hand with several of its desktop 3D printers as well as Tri-C with staff and faculty from its newly-formed additive manufacturing department. TinyCircuits and Microsoft were also on hand loaning equipment and expertise. A team from GeekCLE helped facilitate team building and prize categories.