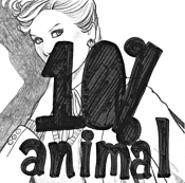 The newest duo featuring Black Keys drummer Patrick Carney, 10% Animal has a hilarious bio, stellar lineup, and a grimy-fun debut to match. The other half of the band is Gabe Fulvimar -- the two played together in Akron's Churchbuilder, and Fulvimar has been a third Key. The two are more concerned with having fun than maintaining their (considerable) indie cred -- and that carefree attitude is infectious.

Like the Keys, 10% Animal is a helluva racket for the work of two guys. Unlike the Keys, it assembles a full-band product. Carney steps out from behind the kit, playing insistent lead guitar and fuzzy analog keyboards. Fulvimar sings spunky indie pop that will please fans of the New Pornographers' A.M. gold and Pavement's hipster groove. "King of 1998" laments the halcyon days of the last century, using tongue-twisting lyrics like "I'm a groovy hippie from the groovy, trippy '60s." These four little pop nuggets aren't so much retro as timeless, and the time will never come when they don't sound good.