Copley-Fairlawn finds a way to keep the impostors out. 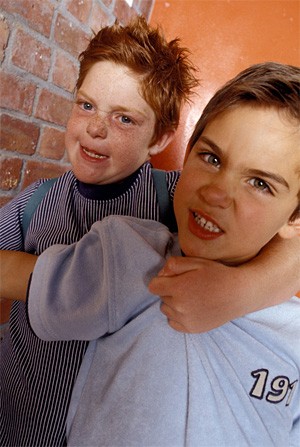 Suburban schools have long had problems protecting their porous borders. Parents in Cleveland and Akron, hoping to escape the violence and weirdness of their own districts, have a tendency to spirit their kids across borders in hopes of providing them with better, safer educations. And who can blame them?

But since suburban taxpayers have to pick up the tab, they're none too pleased. Some districts, particularly on Cleveland's East Side, employ detectives to root out those who've enrolled with fake addresses.

Copley-Fairlawn decided to take a less labor-intensive approach. In November, it began offering $100 rewards to anyone who ratted out a student who didn't actually live in the district.

School treasurer John Wheadon got the idea after reading how New York schools were paying bounties as high as $300. "For years we've been tracking down students who don't belong here," he says. "But more and more, we're getting people coming from adjoining schools — residents from Akron, Revere, all over."

Wheadon says the district is presently schooling around 100 impostors. "We have a good reputation," he says. "A lot of students come here because we're just better, but a lot come here because their grandparents live in the neighborhood and can babysit them after school. And some of them come here to play sports — swimming, football, basketball. But mostly, they just don't want their kids going to Akron."

While the migration is flattering, it comes with an $8,000 price tag to educate each student. He points to a Barberton family that sneaked four kids into the district. One required special education, costing the district almost $100,000 a year. "Let's say your kid goes here, but doesn't have a right here," Wheadon says. "That doesn't mean that the state is gonna give us 8,000 bucks to educate your kid. It comes out of the taxpayers' pockets."

But while it's hard to argue with the economics, the bounty may force Copley-Fairlawn to change its mascot from an Indian to a rat.

Wheadon has already paid out two rewards, and will likely pay five more this month. Though many parents refuse the reward, the bounty seems to be breeding Wall Street morals among the student body.

"Kids are starting to turn in kids," Wheadon says. ". . . They'd say, 'I'm good friends with you, but I'll turn you in because I want the hundred bucks.'"

The moral of the story: Unless you want your kid to someday join the Witness Protection Program — or worse, become an investment banker — stay clear of the Copley-Fairlawn schools.

When it was over, Emling was feeling betrayed. So she broadcast her feelings to Berea, sending a scathing e-mail to neighbors, business owners, even Kensinger's children, accusing him of being a "cheater."

Call it the Shining Path Method of Revenge. "I don't appreciate getting dicked around," she says. "I did damage control."

But to Kensinger, this wasn't what he'd call sweet poetry. He's the director of Baker Funeral Home, a job that calls for somber dignity. He didn't appreciate the apple of his clearly fallible eye yapping about his love life like some contestant on a cable reality show. "Lisa's a little disturbed," he says. "She's real lucky there isn't a restraining order against her. I'm sorry I ever got involved with her."

It might have ended there, but in a suburb the size of Berea, it's hard to separate enemy combatants. When a friend of Emling's died, she went to Baker Funeral Home to pay her respects. That's when she received a note: "You have five minutes to pay your respects and get out."

Emling considered it a violation of her grief. And she wasn't about to take orders from her arch-nemesis. So Kensinger called the police. "I told them there was somebody there that had made threats against and harassed me," he explains.

The cops didn't pull up until Emling was leaving. But as you may have guessed, she's not one to suffer indignities quietly. So she tipped off Punch. With only two funeral homes in Berea, she asks, what's she going to do the next time someone dies? "Am I not allowed to go to any funerals because he's a creep?"

But for some reason, we're not sure that grieving is her highest priority. "I contacted you guys in a vindictive kind of way," she perkily admits. She even suggests a title for her saga: "You should call it, 'Have the dead lost their rights?'"