This Could Be The Most Important Election We Ever Vote In. Don't Blow It. 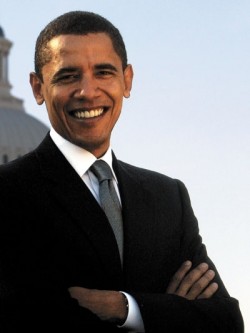 Even if you've only recently tuned in to the presidential campaign, you've probably heard that one of the candidates has been less than honest about his religious beliefs. That he was raised in one tradition but now wants everyone to believe that he's deeply committed to another, apparently to make himself more electable.

Turns out it's true - just not in the way you might think.

In August 2007, Sen. John McCain identified himself as an Episcopalian on a questionnaire for an ABC News debate. A month later, he corrected a reporter who'd asked what role his Episcopal faith plays in his life. "It plays a role in my life," he said. "By the way, I'm not Episcopalian. I'm Baptist."

He said this in South Carolina, the predominantly Baptist state in which George W. Bush ended McCain's presidential aspirations in 2000. And he conceded that he had not been baptized in the Baptist church he claimed he'd been attending for 15 years.

In the year since that field conversion, McCain has pandered so shamelessly, and jettisoned long-held beliefs so recklessly, that he's rendered himself virtually unrecognizable. And unelectable (ah, the irony). His reputation, his "brand," once among the strongest in politics, is now nearly worthless. He's the Enron of Washington. And he's taking most of the Republican Party down with him.

Partly for these reasons, we endorse Barack Obama for president.

In sharp contrast to the increasingly shrill and divisive McCain, Obama has presented a steady stream of serious proposals to address the problems we're facing, here and abroad. None of the amateur-hour mistakes that Hillary Clinton's campaign predicted have come to pass. In volatile times and amid a barrage of attacks, Obama has been serious and steady and, well, presidential. Yes, it's an overused word, but fitting. After eight years of a president many voted for because they could imagine having a beer with him, isn't it time we set our standards a little higher?

U.S. Rep. Dennis Kucinich has his most serious challenge yet from former GOP county chair and state Rep. Jim Trakas. But never underestimate the intensity of the Kucinich faithful. Armed with the largest amount of swag seen from a candidate in recent memory (note pads, two types of stickers, fans, combs, emery boards, trading cards featuring a picture of him with his high school football team - no, seriously!), they've campaigned alongside their hero with an avidity that shows they take the threat seriously.

When not distracted by a presidential campaign (and we hope the most recent was his last), Kucinich gives it his all. Sure, he has some head-scratcher votes - like the one against expanding child health care because it didn't accommodate certain groups he wanted to cover - but his good heart, strong peace and social-justice credentials, and willingness to put himself on the line for what he believes are unmatched by anyone.

In a different district and different political climate, Trakas, whose positions are more moderate and nuanced than those pushed by the Bushies, might be a viable candidate, the sort on which the Republican Party could rebuild its damaged brand. But Kucinich is far more entertaining.

Although Betty Sutton has been repeatedly ranked Ohio's most liberal members of Congress by numerous groups (good for her!), the best the Republicans could throw at her was medical sales rep Dave Potter, who doesn't believe the health-care system is broken and thinks the private sector can handle it just fine. He promotes a flat tax, supports the Patriot Act, takes a hard line on immigration and wants to "win" in Iraq - positions far to the right of the mainstream. Sutton, an attorney, is a rising star in Congress who was elected president of the 110th Congress Democratic freshman class. We'll be hearing a lot more of her and her "liberal agenda" in the future.

The smug U.S. Rep. Steve LaTourette has worked overtime to play the role of a bipartisan Santa Claus, bringing back the pork to his district and posing in front of all the projects his largesse has supposedly created. Indeed, he deserves credit for having worked with Dennis Kucinich on a bill to bring money for infrastructure back to the area. But when it comes to the policies that shape the lives of working people, he's been prone to side with the Bush administration. He's known for talking out of both sides of his mouth, as when he told constituents he opposed CAFTA for its job-killing properties and then turned around at the last minute and voted for it. It passed the House by one vote. Bill O'Neill is offering LaTourette his most serious challenge since he was elected. A seasoned campaigner who's run for state Supreme Court twice, O'Neill's real-life experience as a Vietnam veteran, journalist, union organizer, attorney, judge, single parent of four and currently a pediatric emergency-room nurse gives him an understanding of the concerns of regular people and informs his stands on issues.

Republican D. Michael Crites is a private-practice lawyer who hasn't held public office since a stint from 1986-1993 as a U.S. Attorney for Ohio's Southern District. He was tapped to run for attorney general against Democrat Richard Cordray after seemingly every Republican attorney in the state with any name recognition declined. His campaign has pushed such less-than-compelling issues as the claim that Cordray's current office (he's treasurer) sends out too many press releases. Crites appears to be saying he'd like less transparency in state offices.

Meanwhile, Cordray has taken an office whose official functions are collecting taxes, investing the money and writing checks, to creatively enhance the financial security of Ohio and its citizens, leading on issues such as foreclosure, payday lending and credit-card reform. (A recent statement scolded the federal government for dragging its feet on looking into arbitrary credit-card company practices while acting instantaneously on bailing out Wall Street). He's almost overqualified to be treasurer, as an attorney who graduated from the University of Chicago law school with honors, tried cases before the U.S. Supreme Court and won Jeopardy! five times. He's promised to use the greater powers of attorney general to further the same agenda he's pursued as treasurer.

Though he often votes with his fellow commissioners more than he likes to admit, Peter Lawson Jones dissents often enough, on important issues like his opposition to the sales tax that's funding a new convention center/Medical Mart, to warrant another term. Thoughful, informed and passionate, he increasingly seems like an island of rationality in the murky waters of county government. And have you ever heard the guy's sonorous voice? He could put you at ease reading a passage from Mein Kampf. It's hard to imagine how putting his Republican challenger, the mayor of Bay Village, in his place would make anything better. Voters shouldn't send Jones packing now. We need his solidity.

To borrow a line from Return of the Jedi, "He's more machine than man now." As last week's Scene report, "Mason's Mean Machine," showed, it can be difficult to be tell where justice begins and politics ends with Bill Mason. In a debate last week, he addressed the well-documented racial and geographic disparities in the prosecution of certain drug cases - brought to his attention years ago - by vowing to study the problem. We endorse Mason's Republican opponent, Annette Butler - though with some reservations. Butler's background in the U.S. Attorney's Office, while impressive, hasn't necessarily prepared her for criminal prosecution or for managing a large bureaucracy. To be effective, she will have to work harder than she did on the campaign trail (Scene found that even some Republican judges had never heard of her as recently as a few weeks ago). But she is on the right side of the issues, like drug prosecutions, that foster a distrust of the office among many that cannot be allowed to grow.