A New Path for Gatlin 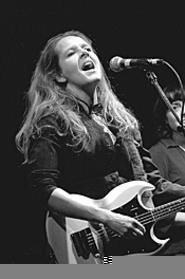 The chief players from the recently disbanded Cleveland rock bands Gatlin and Another Path have formed a new band, APG.

"The basic idea is that the labels all liked Gatlin, but felt that we needed a stronger frontman," says Drake. "So Don and I decided to hook up with the singer from Another Path. Basically, we're doing it as our serious project. We learned so much with Gatlin that we know what to do and what not to do now. So with the new project, we're taking the blueprint we've learned from a couple years of shopping to labels and applying it accordingly. The goal is to get signed, plain and simple."

· Beginning January 26, the Rock and Roll Hall of Fame and Museum will present Rock and Roll Night School, a free monthly series of classes geared toward adults interested in gaining more knowledge about rock-and-roll history. Rock Hall musicologist and Education Programs Manager Jason Hanley will lead the discussion-based classes, which will last from 7 to 8:30 p.m. on the fourth Wednesday of each month. The sessions will be held at the Harkness Chapel on the Case Western Reserve University campus (11200 Bellflower). For more information, call 216-781-ROCK or visit www.rockhall.com.

· After scrapping her debut EP, aspiring pop-rock diva Jackie LaPonza has completed her full-length debut. Mushroomhead's Steve "Skinny" Felton produced the former Mojo singer's disc. "It's much heavier than what people are expecting," says Felton. "It's like a modern Pat Benatar. I tried to steer away from the pop thing and more toward an Evanescence sound." Mushroomhead guitarist Gravy plays on a dark track called "Bad Ones." The disc is slated for a possible February release. Jackie will headline a January 29 tsunami benefit at the Agora Ballroom (5000 Euclid Avenue).

· The principals of Westlake's recently disbanded Imperial Skabots have announced the name of their similar, new, ska-flavored group: Imperial: version2.0.

· The debut from the rising hard-rock group Shenoah has been pushed back. Expect the band's Bleeding in the Red to hit stores in March.