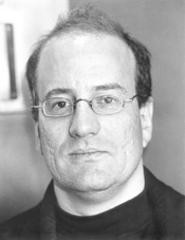 Morris Wheeler's office abounds with the signatures of a high-tech entrepreneur: A PC, a laptop, and Palm Pilot are within his reach. He takes a call from his wife on a hands-free cell phone. A jacket and tie are thrown across a chair in case of emergency.

One more clue: His office suite on Euclid Avenue is nearly empty.

"Unfortunately, you're catching us at kind of a transitionary time," he says.

A year ago, Wheeler and two partners founded the Dotcommery, an incubator for technology start-ups. Imagine incubators as the digital sector's modeling agencies, polishing companies for the strut down the IPO catwalk. Incubators offer expertise, investor contacts, and less esoteric sustenance, like office space. In return, they receive an equity stake, generally between 25 and 40 percent.

Prior to the Dotcommery, Wheeler managed a venture fund at Clarion Capital Corporation. The 40-year-old Boston native was a successful speculator, but restless with entrepreneurial juices. In 1998, he left Clarion to help create Sputnik7.com, a music streaming website, which was eventually sold to Chris Blackwell, founder of Island Records and recent Rock and Roll Hall of Fame inductee.

The world looked expansive to Wheeler when he cashed out of Sputnik in 1999. Building an incubator seemed the logical progression of his interests and experience.

Wheeler and his partners, Steve Goden and Chris Brown, raised a seed fund of $1 million for their "digital business accelerator." Their clients included a company that made software for recruiting agencies and a wireless network provider for schools. Another was 1800HomeCare.com. Wheeler introduced Gregg Hamerschlag, who ran a home-care agency in New York, to Susan Luria, the vice president of a Florida orthopedics group. The three recognized Baby Boomers' concern for their aging parents and planned a website that provided data on home-care agencies across the country. Luria moved to Cleveland to run the company, which operated out of the Dotcommery's 12,000 square feet of office space.

Even by Internet standards, where life spans are comparable to those of fruit flies, 1800HomeCare's death was a quick one. Wheeler doesn't blame a shaky business plan as much as getting "whipsawed by the capital withdrawal of the market." Venture capitalists, who two years ago were so eager to plunge their money into every TomDick&Harry.com, closed their purses. Banking on a big payday that never came, 1800HomeCare simply didn't have the cash to survive. The 13 employees were dismissed. (Hamerschlag declined comment for this story, and Luria could not be reached.)

Wheeler says there's a chance he can merge 1800HomeCare into another business, but the Dotcommery today is as quiet as Tuesday's church organ. He and his partners have to decide whether they can afford the office space.

"Everybody knew there was, in Alan Greenspan's words, 'irrational exuberance,'" Wheeler says. A crisp black turtleneck and stylishly square eyeglasses offset his thinning hair; he periodically bends forward to clack on his laptop. "What nobody knew was when it was going to end. Well, it ended."

Echoes Morty Cohen, Wheeler's old boss at Clarion: "His timing could have been better. Everybody knew dot-coms were overvalued, but nobody saw by how much."

Net11, another Cleveland incubator, sounded a similar retreat earlier this year, but Northeast Ohio's rusty air is not to blame. Nationwide, "incubator" has become a dirty word in the digital economy. Two years ago, Idealab! raised $1 billion and midwived companies like eToys, CarsDirect.com, and GoTo.com. Initially, e-companies like these dazzled investors, but their stocks plummeted because they couldn't generate cash. Idealab! had plans of its own to go public; in early March, it closed.

Edwin Bruder, managing director of the Gordian Organization, a Beachwood consulting company, says incubators are nifty in theory, but don't work as well in practice. A major problem, he believes, is the clumsy balance between venture capitalist and management whiz. Incubators find that making money and building companies can be mutually exclusive activities. "Cynical people are now calling incubators 'incinerators,' because they just burn through cash so fast, and the results have not been there," he says.

Bruder is more comfortable with companies that charge fees as well as accept equity stakes. IdeaStar in Garfield Heights, for instance, will take a piece of the action for meeting incentives, but "we didn't want to slit our own throats by taking equity alone," IdeaStar VP Margaret Thoren says.

Wheeler now sees incubators' inherent faults. "You can incubate a company or two," he says, "but you can't incubate an entire portfolio of companies." And without a portfolio, an incubator can't spread its risks. Sweating the fortunes of just a few companies is not investing -- it's gambling.

Yet Wheeler still adheres to the wildcatter spirit of the so-called New Economy, asserting that, in Silicon Valley, going bust is a sign of credibility. If it's true, credibility flourishes. Since December 1999, 50,000 technology jobs have gone the way of the blacksmith, according to The Industry Standard. The media have delighted in stories of paper millionaires turned Starbucks employees. Wheeler thinks the coverage is mean-spirited, but he concedes that some dot-commers may have drowned in their hype. The IPO rush convinced many an entrepreneur that their heads teemed with billion-dollar ideas. Wheeler, whose r´sum´ drops names like Microsoft, Time-Warner, and MTV, says brashness was a survival tool; entrepreneurs had to come on strong to convince investors to part with their money. "There was a lot of climb the highest mountain, pound your chest, and say you're the best. But that's different than arrogance."

Wheeler believes the digital revolution has just begun; still, the new Dotcommery will concentrate on investing in a range of companies. Wheeler will be cautious with what's left of the firm's nest egg (he is the largest shareholder), now that the e-commerce craze is dead. Turns out, consumers will purchase airline tickets and books on the web, but prefer to buy golf clubs and dog food in person. The old mantra was get customers; today, it's get cash flow. "The bar has been raised," Wheeler says. "A lot."

Most of the Dotcommery's computer screens and room lights stand dark. A remote-control car parked on the carpet recalls a more whimsical time.

"It's sobering, if it doesn't drive you to drink," Wheeler says, unsure which way to take the metaphor.