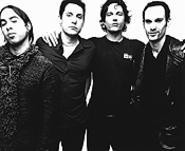 If Hollywood could design the perfect hedonistic pop star, equal parts pretty boy and hell-raiser, Third Eye Blind's Stephan Jenkins would be their man. With an affinity for fast cars and fast women, he's exactly the kind of guy that people like Kurt Cobain used to rail against. Brash, playful, and unapologetic, Jenkins isn't bogged down by the baggage of the hope-I-die-before-I-get-old ethos of yesterday. Instead, he's just out to have a good time and revel in his celebrity.

But being a pop icon also has its downside. Jenkins is often painted by the press to be a brainless twit with good looks. Tellingly, neither Jenkins nor Third Eye Blind has ever been on the cover of a magazine, and this glaring disrespect isn't lost on the singer.

"I think a lot of people in the media, when talking to me, feel they need to show that they're more intelligent than I am," says Jenkins, calling from San Francisco. "And so, the process of, say, an interview is manipulative and corrupt, especially in the United States. It's not that way overseas as much. You don't have that same sort of ego contest involved. That's certainly not something that's unique to me at all. I think that happens to pretty much everybody. I feel like, most of the time, people are looking to -- instead of having an article, there's this desire to put me in place to show the reader that the writer is more intelligent than I am, which is usually probably true."

Third Eye Blind formed in late 1995 when Jenkins, then a solo artist, decided to put a band together. Eventually, the lineup of Jenkins, guitarist Kevin Cadogan (since replaced by Tony Fredianelli), bassist Arion Salazar, and drummer Brad Hargreaves (a former member of the Counting Crows) started gaining attention in San Francisco. A label bidding war ensued shortly after the band opened for Oasis in 1996, and the following year it released its self-titled debut. With infectious melodies and tons of airplay, Third Eye Blind's adult-oriented alternative sound was exactly what the scene needed. Alongside contemporaries such as Sugar Ray and Smash Mouth, the Bay-area band sold over four million discs behind the success of such radio hits as "Semi-Charmed Life," "How's It Going to Be," "Losing a Whole Year," and "Jumper."

After a year of touring, the band took a break from the madness that had become 3EB. And in true rock and roll fashion, Jenkins soon thereafter began dating actress Charlize Theron, whose last name isn't the easiest to remember or pronounce. Or is that matter too personal?

"It's Ther-own," says Jenkins, correcting the gross mispronunciation and steering the conversation away from any further inquiries. "That's how it's pronounced, and that would definitely be getting into my personal life."

That leaves no alternative -- time to talk about the band's music, and the chat isn't pretty. Claiming to be "children of the Clash" and fans of the humor in punk rock, the members of Third Eye Blind say they're a rock band -- it's a contradiction that's apparent every time you spin one of their discs. Third Eye Blind is a pop band, and its latest single, "Never Let You Go" (from its recent album Blue), is one of the better pop songs released so far in the new year. Despite the compliment, Jenkins insists on being placed in the proper genre.

"I think we're a rock band, and these songs have a sort of immediacy about it," says Jenkins. "It seems sometimes we're almost blamed for it -- like that means "disposable' somehow, or that there's immediacy about it means that they're not coming from something that's authentic. So when I hear that, I just figure I'm not really being understood, and I'm not really going to be, so I just leave it at that."

While half of Blue is solid, the other half finds an unfocused band searching for itself. One song in particular, "The Red Summer Sun," finds Jenkins screaming over a discordant melody that's reprehensible beyond belief. This just so happens to be Jenkins's favorite tune.

"I really think that's one of the best songs on the album," he says. "We were going to call the album The Red Summer Sun. I don't think there's a real differentiation between a song like "Never Let You Go' and "The Red Summer Sun,' because they're not trying to be anything other than what they are. And "The Red Summer Sun' is this big romp. It's intended to be a big chopper riding down the road." But what about the obnoxious screaming?

Another song on Blue has had a hair-raising effect, but for a different reason. When Third Eye Blind submitted the new disc to Elektra, the label had a huge problem with the track "Slow Motion" and the lyrics "Miss Jones taught me English/But I think I just shot her son/'Cause he owed me money/With a bullet in the chest you cannot run/Now he bleeds in a vacant lot." After last year's Columbine incident, in which 13 individuals were slain at the hands of two student gunmen, the label was afraid the controversial lyrics would overshadow the album. Third Eye Blind disagreed and stood by the song. Shortly after word regarding the song leaked, a compromise was announced: An instrumental version of the track would be included on the new disc, and the original version would be released at a later date. Was this just a well-timed publicity stunt (it happened a few weeks before the release of Blue), or did the two camps battle it out? And why did the band give in so easily?

"We didn't capitulate," says Jenkins emphatically. "We won in a huge way, and us winning means there's more material going out. We got our own label off that. It's really funny, because the scariest thing in the world is white guys making rock music. It always amazes me. Rock music is still so threatening. Rap music isn't. You can shout "I shot the motherfucker in the face.' You can do that until the cows come home. It's so strange; it's like "Well, this is black-on-black hate' or something like that, so it just gets overlooked or not addressed, which is fine, because I think people should be able to say what they want to say. That's how we live. And I think that I am, at the center, a moral person and that my heart is generous, and so I don't go around second-guessing what I'm saying. And I'm not going to have somebody else do that for me as well.

"So we're going to be putting out our own record. Hopefully, we'll record it in June. But that means there's going to be seven or eight more tracks from us. Instead of having these album cycles that last two or three years, we're going to be able to put more material out sooner, which is our basic goal. And it's also our goal to have control over it. So the song is coming out."

So despite a few bumps in the road, Third Eye Blind seems to be back on its way toward alternative pop (sorry, Stephan) success. Blue has already gone gold, and with a sold-out tour ahead of the band, platinum seems to be a realistic goal. For the congenial Jenkins, being a celebrity doesn't seem to be as much of an issue as it is for, say, Eddie Vedder. Onstage, he often struts around like a kid in a candy store, with countless female fans adoring him. It's hard to imagine Jenkins not indulging in unique opportunities provided by his status.