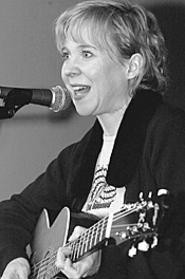 Akron has a new concert club, and it's a monster. In the heart of downtown Akron's entertainment district, AMP -- short for A Music Place -- plans to open Thursday, January 27, with a show featuring Youngstown's Cherry Monroe, followed the next night by Mushroomhead's first Akron appearance since 2003.

"This is Akron's answer to House of Blues, but less corporate," says God, Guns, and Glory frontman Shawn Hackel, a club partner and its booker. "There's no real concert club in Akron."

Located above the Whiskey Ranch country-rock bar, AMP (328 South Main Street) is housed in what used to be a branch of National City bank. Formerly the Bank and the Vault, the building's upper floor has been empty for years. A spiral staircase leads to an Odeon-sized main room, which has brick walls, a slightly raised dance floor, no permanent seats, and ceilings more than 20 feet high. At the far end of the rectangular room, the stage is more than six feet off the ground, and guests walk under it to get to a VIP back bar that overlooks the Cuyahoga River. Two flights of stairs below, the club's double-VIP room is in the former bank vault, which still has its gigantic, immovable, 25-tumbler door attached. Like a dim-lit vampire's lair, the vault even has a cooler from a blood bank.

Hackel says that AMP doesn't intend to compete directly with the smaller neighboring Lime Spider, which concentrates on groups that appeal to indie-rock fans. The club plans to focus on hard rock and heavy bands.

Hackel is also a partner in Voodoo. He says the Cuyahoga Falls club will stay open, hosting local bands. "There will be some overlap from the Voodoo scene," he says. "When we have national bands come in, I'll have Akron bands open for them. But we plan to keep AMP national. There's nothing more depressing than seeing 50 people in a room that holds 500."

· Spittin Image, voted 2004's best hip-hop group by Scene readers, is close to finishing its second, as-yet-untitled disc. MC-producer Krossword says the group has completed 13 tracks and hopes to have the LP finished for a summer release. Spittin has amicably parted ways with New York-based Deep Thinka Records and plans to independently issue the new cut "Hell Yeah" as a 12" single before the album drops. "The new songs are more radio-friendly, more mature," says Krossword. "But we haven't changed. It's still the same subject matter, but the beats are more accessible. Fiddy's more into keyboards and original beats this time, and I'm more into sampling, working with soul from the '60s and '70s. We're not changing so much as growing."