Saturday, September 2, at Taste of Cleveland 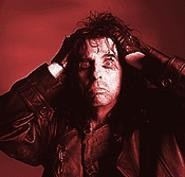 It's not exactly clear at which point Alice Cooper (Vincent Furnier) changed from an entertaining '60s garage-inspired hard rock pioneer to an uninspired heavy metal grindcore bore. Perhaps it was when people stopped listening to Cooper after his last salvageable recording -- 1976's Alice Cooper Goes to Hell. The shifting tides of disco on one side and the anti-rock-star backlash of punk rock on the other left Cooper a victim of the wild and theatrical excesses he'd practically invented. Yet Cooper had an amazing run in the early '70s. Initially, the group moved around after leaving its native Arizona, until it finally found a home in Cooper's birthplace of Detroit, Michigan. It was then and there that Cooper initiated a full-steam-ahead onslaught of rock and roll by combining garage-pop smarts and doses of heavy music with wild, B-movie horror flick theatrics. As the band's success grew through timeless anthems such as "Eighteen," "School's Out," and "No More Mr. Nice Guy," so did the extravagance that was the group's stage show. By the time Cooper (who by now had replaced his band and gone "solo") released his debut, he was battling an alcohol problem and a public interest problem. Cooper sobered up and returned with a litany of dull, uninspired, and monotonous pop metal albums that were formulaic -- each one sounding the same as the last. In the late '80s, he garnered a bit of "hip" credibility working with the likes of Jon Bon Jovi, Kip Winger, and even Soundgarden -- none of whom could help revive the quality and energy of the classic early Alice Cooper. During the decade, he also established a solid reputation as a scratch celebrity golfer, showing up on more fairways than concert stages. But if there is anything to be said for Cooper these days, it's that he's consistent. His latest offering, Brutal Planet, is more of the same pedestrian pop/heavy metal played out to an equally time-worn story of a "diabolical portrait of a future universe." Not knowing Cooper's golf handicap, you can almost bet that he's a far better golfer than rock and roller these days.