Was An 81-Year-Old Wife, Mother and Grandmother Abducted By Her Own Daughter or Rescued From a Bad Situation? 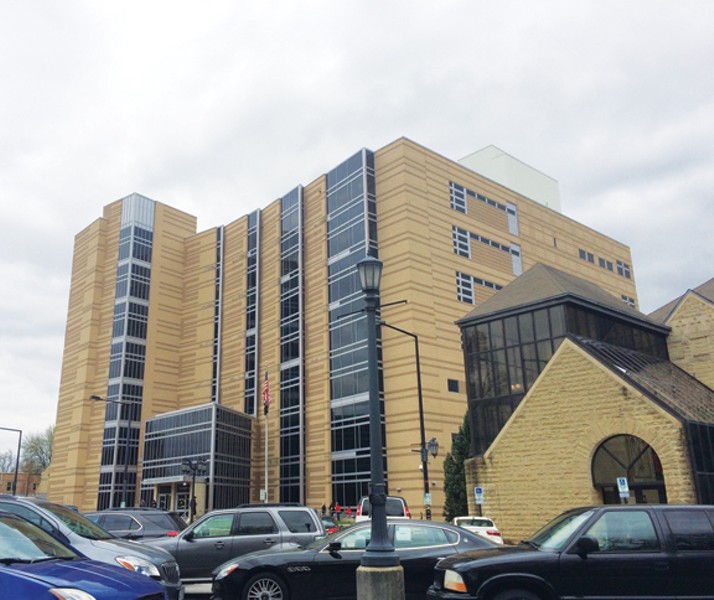 Dariush, April 10: "Well, she'll be staying here through tomorrow. She cant go out with the cough she's got. You are welcome to bring Phillip with you to our house and visit with mom here. You'll be much more comfortable given the disarray the house is in."

Jaleh, April 11: "Not coming out today, some changes unexpectedly for Phillip... With his therapists/therapies, need to rescheduled appts.. Will see mom this weekend!"

And she did. But not in any way the family had agreed upon.

On April 13, 2013, a Saturday, Jaleh called her mother's Seven Hills home. Jaleh's son, James Rhoads, picked up the phone. He had been living with his grandparents while he attended classes at Tri-C. Jaleh asked to speak with her mother, and soon drove over to the house.

"I was not alarmed or worried that anything unusual was going on," Rhoads said in an affidavit one year later. "My mom had told me that she's taking my grandma out for a couple of hours and was bringing her back at some point later that day. In other words, it was supposed to be a temporary visit between my grandma and my mom."

That was not the case.

Reaction among Jaleh's brothers was mixed. Dariush simply wanted information: "Trying to figure out where mom is at. I thought she'd be home by today," he texted Jaleh on April 15. It had been two days. Over the next few weeks, his messages became more pointed, evolving from general worry to specific worries about proper prescription drug protocol, urging Jaleh to get Fourough to her various medical appointments, and alerting his sister that bill payments would be automatically deducted from Fourough's accounts and to make sure that they money was there.

Kourosh was angry from the beginning. Something had seemed off in the first place, back at that meeting in Jamsheed's basement. For Jaleh to have suddenly expressed an interest in her mother's health after everything that had happened? He grew suspicious as the days passed with no word from their mother, and he stoked his brothers' curiosity.

"I mean, Dariush is the power of attorney," Jamsheed recalls saying. Still, a history of money troubles was hard to ignore and suspicions that Jaleh had alternative motives were hard to put to rest. The brothers began conferring over years of money trouble from Jaleh; they say she had routinely hit them up for cash as they grew into adulthood.

Just one year prior, according to family members, Jaleh called Kouroush and said that her $200,000 home in Amherst was going into foreclosure. The Presuttos were trying to refinance a loan, according to Lorain County court documents. Jaleh and her husband briefly considered moving into another Seven Hills house owned by her dad, Mehdi Saghafi, one in which Jaleh had lived in the 1990s when she had run into a similar breed of financial trouble.

Phillip Presutto offered an estimate for work on the basement: something around $25,000 for a full-on overhaul. Mehdi balked. Phillip offered the buy the home. Mehdi said he was not selling.

The Presuttos did not move to Seven Hills; they continued the legal back-and-forth with Lorain County, eventually securing the loan they needed, but Jaleh's brothers suspected the money troubles were never that far from their sister. And as they began turning past events around in conversation, they learned that Jaleh had not only taken her mother but had taken her to meet with an attorney.

John Urban had previously arranged Fourough's estate documents and power of attorney, naming Dariush as her agent. During this meeting, however, according to Urban, Fourough stated that she wanted her husband to be the agent of her living will and to hold healthcare power of attorney; but nothing was formalized during that meeting and no paperwork was filled out.

"They started to talk about changes they wanted to make to the power of attorney, which changes caused me some concern," he later said in a signed affidavit. "Because I was concerned, under the circumstances, I asked Jaleh to get a medical evaluation to demonstrate that Fourough was capable of understanding the documents and giving direction as to what she wanted."

Jaleh never got back to him on that — medical evaluations later confirmed that Fourough was not capable of understanding nor giving direction in such matters — instead seeking out another attorney who might look past any such concerns.

She found that in Mark Shearer, an estate planning attorney who changed the POA orders to name Jaleh Presutto as the agent the very day he met her. It wasn't until more than a week later that he asked Fourough a series of questions on tape — i.e. Who is the president? What month is it? — to confirm her mental clarity. According to Shearer, Fourough appeared "of sound mind and under no duress." Lisa Hahn, a divorce attorney who had represented Jaleh in past civil cases, notarized the order on April 23 and later paid the $300 flat fee for the estate planning codicil and trust amendment.

Jaleh now had control over Fourough's decisions and continued to avoid Dariush's text inquiries. The next move: a divorce against Mehdi Saghafi that, once approved, would open the floodgates to a massive estate. Estimates among attorneys involved in the case range from a few million to $10 million. Proceedings began on May 6, initiated by Lisa Hahn on behalf of Fourough, alleging "gross neglect of duty" and "extreme cruelty" against her husband.

In the meantime, as family members would eventually learn and according to court records, Jaleh was changing how Fourough acted. The efficiency of her behavioral coaching was startling, Jamsheed says.

"During those visits, at least one time each visit, I could hear my mother, Jaleh Presutto, coaching my grandmother," James Rhoads, Jaleh's son from a previous marriage, said. "What I mean by coaching is saying the same thing to her over and over again and making her repeat back. The following is what I heard: 1) 'They do not want to take care of you.' 2) 'They do not care about you.' 3) 'They do not love you.' 4) 'The reason they are fighting back is to protect the wealth of the family.' Also... 5) 'They would put you in a Nursing Home if they could and leave you there to die. The only reason they don't go to that extent is because they don't want to spend the money to take care of you.'"

Jaleh brought Fourough to two doctors for medical assessments in May. Dr. Babak Tousi reported severe dementia, and referred Jaleh to Dr. Jody Pickle, who wrote:  "At this time there are allegations on each side that the other side is seeking to control a large amount of money (reportedly millions) that has been amassed by Mrs. Bakhtiar and her husband. While Mrs. Bakhtiar was able to answer some questions regarding safety issues adequately, her memory and executive functions are impaired enough that she is likely to be vulnerable to exploitation."

Despite repeated claims from doctors and close family members that Fourough was in no way capable of comprehending the serious legal decisions at hand, the Lorain County Probate Court and the Cuyahoga County Domestic Relations Court did not budge. The guardianship and divorce cases plowed ahead, full-steam.

The cascade crashed quickly onto the Saghafi family. Much of this would be pieced together in legal discovery over the next two years, but the POA changes and the divorce proceedings were clear as day. Dariush and Mehdi did the only thing they could think of to quash the family drama, filing applications to serve as Fourough's legal guardian in Lorain County Probate Court.

By the summer of 2013, a couple months after Jaleh brought Fourough to Amherst, the Lorain County Probate Court had appointed a guardian ad litem, a professional guardian in a case who serves only by court order and only for the duration of a legal action.

Diane Jancura, a local estate planning attorney, examined the state of affairs in the case of Fourough and Jaleh and the brothers and the husband. Her report, submitted to the court in June 2013, details a woman in need of personal and financial help — the sort of help that no one around her has seemed willing to provide.

Citing the persistent family discord, Jancura objected to either Fourough's husband Mehdi, her son Dariush or her daughter Jaleh serving as guardian. She further recommended that Fourough be moved into an assisted living facility somewhere between Amherst and Seven Hills, somewhere accessible to all family members, but, to be blunt here, the hell away from all of them.

The court did not listen.

The family home on Gale Drive in Seven Hills is a surprisingly modest ranch, but the money referenced in countless court documents is very real — and very quickly disappearing.

In 2013, not long after the POA changes and around the same time that Dariush and Mehdi got involved, Fourough's Century Federal Credit Union account was being drained at an alarming rate. Her court-approved expenditures totaled $1,395 each month, mirroring the earlier budget arranged by Dariush. But somehow the account was hemorrhaging cash ($4,001 spent in June, $5,144 in July, $14,000 in October, for example), eclipsing the approved amount between May and December of that year by nearly $30,000.

It would take a long time to learn all of that, though. Bank accounts associated with Fourough were kept under strict guard, accessible only to Jaleh by way of the power of attorney order.

Before any such discovery, Jaleh and Phillip Presutto's attorney was already angling to keep that information secret, writing that, "This Court should not be required to sit idly during hearing while [her brother] Kouroush Saghafi satisfies his personal curiosity by rummaging through Phillip and Jaleh's personal documents, none of which are germane to any issue before this Court."