An Old Brooklyn code enforcer spoke out and lost her job. Did Councilman Kevin Kelley get her fired? 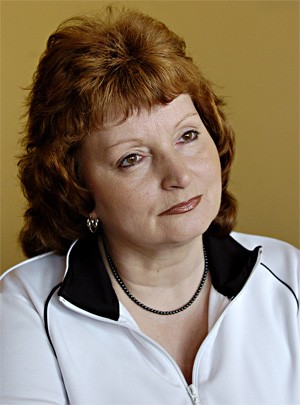 Through the window of her office, Deb Zeleny looked out at another colorless, windswept January morning. As she replayed the drama of the night before — a heated meeting about a troublesome bar in Old Brooklyn, where she worked for the local community-development group — she organized her notes on the subject. She had a meeting with her boss shortly. She believed — she hoped — they'd be talking about that bar.

Her boss arrived around 9 as expected. But Zeleny was surprised to see two board members following behind. Then she noticed the white envelope in her boss' hand.

"Deb, your services are no longer needed here," she heard her director, Robyn Sandys, saying. "This is a severance package. You're going to need to contact an attorney."

Zeleny briefly considered laughing; the whole thing might be an overzealous prank, she thought. But when she asked her boss why, she got only a vague, stone-faced side step: "insubordination." She looked at the men. They'd been at that meeting the night before. They'd seen the cop when he'd pointed Zeleny out and said, "There's Deb Zeleny, the best damn code enforcer in Cleveland."

"Deb, you'll land on your feet," one of them said, trying to reassure her.

"But why are you firing me?" she asked. The question was met with silence.

Zeleny was hired in 2006 as a code enforcer for the Old Brooklyn Community Development Corporation — one of the city's 47 federally funded community groups that, at the whims of the city council members who control them, work to keep their communities alive and breathing.

As the neighborhoods' hall monitors, code enforcers shift between the streets, where they document nuisances like abandoned buildings, and the courts, where they manage the steady flow of arcane filings. The job requires a unique mix of aggressiveness and compassion — an ability to blow the whistle and then help the offender get up to code. For Zeleny, whose fixed gaze matches the burnt-cedar glow of her hair, it was a natural fit. She'd done code enforcement for 15 years in seven different wards.

"Deb invented the job," says Councilman Joe Cimperman, who worked with Zeleny in Ward 13. "She set the tone for how we do code enforcement today."

An experienced guide through Cleveland's seemingly unnavigable bureaucratic backwaters, Zeleny loved to problem-solve for even the most troublesome residents. One had collected 600 TVs. Another was hoarding 1,200 bowling pins. And one, strangely enough, liked to steal his neighbor's trash. In each instance, Zeleny organized a chain gang of residents to feed the mess out of the homes and into dumpsters. Then, for good measure, she tried to find the people jobs.

"With Deb, it didn't matter if she was on the clock or not," says Peggy Zeleznik, OBCDC's former treasurer. "She followed through on everything."

And that, Zeleny says, is what got her fired.

It started in November. That's when Otis Elkins, manager of a brick bomb-shelter of a bar on Old Brooklyn's main drag, asked the city whether he could add live entertainment to the traditional sit-and-sip offerings of his Greenleaf Tavern. Elkins wanted country music on the weekends and karaoke during the week. But Zeleny could hardly imagine a worse scenario for Old Brooklyn.

Zeleny, who's 48, used to live and work in Slavic Village. She was there in 2001 when Rebound, Elkins' previous country-music bar, saw its liquor license revoked. Elkins had been caught stealing 60 cases of beer from a distributor. But the charge of possessing stolen property was a minor offense compared to those in his past: At 70 years old, he's the owner of three felony convictions, including theft and assault with a deadly weapon.

A club run by an ex-con was a bad enough idea, Zeleny thought. But after talking with neighbors of the bar, Zeleny also believed the Greenleaf was an outpost for drug-dealing, a claim Elkins denies. So she organized a petition to stop the bar's expansion, quickly gathering 200 signatures from residents. But her activism also got the attention of her new boss, Sandys, who'd recently been appointed director of the Old Brooklyn group.

The two women had clashed since Sandys' arrival — Zeleny's loud lone-wolf style grating against Sandys' effort to take control of her new staff. "Deb's a challenging character," says Darren Hamm, president of the Brooklyn Centre Community Association. "When you put her together with Robyn, it's like two bulls in a china shop."

Sandys instructed Zeleny to remain neutral on the Greenleaf issue. Employees weren't meant to choose sides, she said. Zeleny promised her new boss she'd keep mum while at work, but vowed to speak out on her own time. "I live in this community," she says. "I own my home. I have a vested interest here."

Despite Zeleny's well-received petition, Councilman Kevin Kelley — whose ward includes the Greenleaf and provides half of the Old Brooklyn group's funding — asked the city three time to put off ruling on the bar's upgrade. In the meantime, Zeleny was fired.

During her two years enforcing codes in Old Brooklyn, she says, there were no write-ups, no come-to-Jesus meetings, and no suspensions. To Zeleny, it was clear what cost her the job: Kelley was friends with the bar owner's son, Trevor. They'd met four years prior, during Elkins' failed run for the 11th District House seat. And now Zeleny was standing in the way of a favor Kelley was doing for a friend.

"I got fired because I got residents to rally against the bar," says Zeleny.

Kelley laughs at the idea that he was behind Zeleny's firing: "I don't have time to micromanage CDCs." Sandys refused to talk to Scene. It's a "personnel issue that does not warrant a newspaper story," she wrote in an e-mail.

But Old Brooklynites, like Zeleny, want answers. And they may want more than that. Until July of 2006, Kelley and Councilman Brian Cummins, whose wards share Old Brooklyn, had overseen two separate development committees. With federal funding dwindling, they decided to merge into one group to save money.

But merging the groups couldn't merge the two neighborhoods — the slightly poorer Brooklyn Centre to the north and Old Brooklyn to the south. The rift grew when someone leaked a flier, making fun of Brooklyn Centre's glut of vacant storefronts. And it boiled over when Zeleny — who was dubbed by some residents there the "Erin Brockovich of Old Brooklyn" — was fired.

"The fuel's been building up," says Cummins. "Clearly, the termination of Deb was a flash point."

After Zeleny was fired, Hamm and other Old Brooklyn community groups tried to oust five members of the board and give Sandys a vote of no confidence. A vote ended in a tie. The development corporation has hired a mediator to smooth out the controversy.

"Worst-case scenario," says Hamm, "is the organization crumbles. And no one wants that."

In her cramped Old Brooklyn ranch — where she lives with her parents and her "baby," a 125-pound German shepherd/lab mix named Butch — Zeleny is adamant: She doesn't want to hurt her old employer. She believes in what they do, she says, and believes in code enforcement. In fact, she's still doing it — part-time for the county — while she waits to fight her firing in court. Last week, she sued Kelley, Sandys, and the board for wrongful termination.

But when her composure breaks, Zeleny lowers her voice and moves to another room — she doesn't want her parents to hear her cry. What's bothering her now is no different than what so shook her then, on that cold morning in January: No one has told her why.

"I just want someone to tell me the truth," she says.