When Tony Kushner pays a visit, you build an event around him. 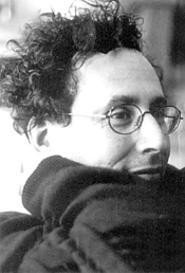 "Angels in America is the American drama about AIDS," says Earl Pike, executive director of the AIDS Taskforce. "It's almost mythical in proportion." The two-part, seven-hour 1980s epic by writer Tony Kushner is hailed by many as the most important play of its era, and has won more awards than we could possibly list.

Says Pike: "As soon as the [Cleveland Public] Library knew they had Tony Kushner coming, they called us and said, 'We don't want this to be just a reading. This needs to be something special.'"

As a result, the two organizations, along with Playhouse Square, conspired to transform a simple speaking engagement into an all-out event. On Sunday, at the library's main branch, Playhouse Square education director Colleen Porter will play James Lipton with Kushner, with the obligatory Q&A session and book-signing afterward.

But before that, the Taskforce will present its own collaboration with the playwright. Ten HIV-positive Ohioans will read from Kushner's A Prayer, interweaving Kushner's words with tales of their own lives. "We're an organization that's used to dealing in numbers -- this many thousand people are affected and so on," Pike says. "The figures are too unreal for many people to really grasp, so it's important to put faces on those numbers."

But the subject matter of Kushner's work is not limited to AIDS alone. "He touches on topics that transcend national importance," Pike says. Kushner's most recent award-winner, Homebody/Kabul, had people believing not only that he was a genius, but that he'd whip Ms. Cleo's butt in a psychic face-off: The play, which centers around the horrors of the Taliban, was written months before 9-11 made Osama bin Laden a household name.

"He makes the abstract intimate," says Pike of the man he refers to as "our national conscience." "And that is an amazing ability."