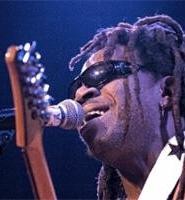 Cleveland-based Alternative Press -- the leading magazine for breaking punk, emo, and power-pop bands -- has started broadcasting a weekly radio program on XM Satellite Radio. The AP Show, hosted by Editor-in-Chief Jason Pettigrew and Music Editor Scott Heisel, is a commercial-free hour of bands featured in the magazine, including exclusive material from some of the Warped Tour generation's hottest artists.

"We want to encourage fans to look beyond the Top 10 list at the iTunes store," says AP founder and CEO Mike Shea, the show's executive producer. "Some of the best music is the stuff that you've never heard or that got overlooked. And we're playing bands like Fall Out Boy, but we played them doing a Gorilla Biscuits cover -- you won't just hear [their big single] 'Dance Dance.'"

Launched August 20, The AP Show also features exclusive live performances and interviews taped in Cleveland, on the floor below AP's offices, at Lava Room Recording Studios. So far, the show has welcomed Panic! at the Disco and is planning appearances by Sparta, Hellogoodbye, and others.

Every week, the hosts answer questions from listeners and spotlight new releases from groups such as the Pink Spiders, Vaux, and Gatsby's American Dream, offering lively commentary and debates about the bands. The show is also heavy on new independent music, showcasing groups from Los Angeles' the Breakup to Indiana's Made in Hollywood. AP veteran Pettigrew also digs deep, playing classic and obscure punk such as the Rezillos, the Ruts, and the Hatepinks.

"I want the show to maintain a mixtape aesthetic, " says Pettigrew. "If you haven't heard something recorded before you were born -- or if you were too damaged by AOR-based FM radio to think for yourself at the time -- well, it's new to you, right?"

A new, hour-long edition of The AP Show airs every Sunday at 5 p.m. on XM's channel 53 (Fungus 53), then repeats Wednesdays at 9 a.m. and Saturdays at 6 p.m. More information, including archived playlists and submission guidelines, is available at www.AltPress.com/theAPshow.

· The Dreadful Yawns are finishing the follow-up to their well-received Bomp! Records CD and aiming for an early 2007 release on Cleveland's Exit Stencil. A posting on the band's website says the disc "was a stripped-down rock and roll masterpiece. Since then, literally hundreds of string tracks have been recorded."

· Twenty-six years after their short heyday, the Guns have released a CD. Attack was recorded last year, shortly before the band's reunion at the first Cleveland's Screaming concert. Singer Tom Dark, later of Knifedance and Stepsister, describes the disc as "pure hardcore-punk-trash mayhem." For more information, visit www.ClePunk.com.

· Lonesome Stars will appear on Around Noon onWCPN-FM 90.3 at noon on Friday, September 22.