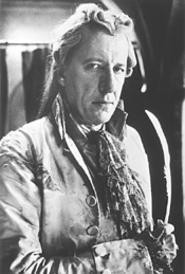 1. Quills -- One of many films this year that falls into the love-it-or-hate-it category. I loved it for its wit, style, top-notch acting (by Joaquin Phoenix, Kate Winslet, and Geoffrey Rush), and the many shades of gray that director Philip Kaufman brings to his subject matter.

2. Girlfight -- A remarkable directorial debut from Karyn Kusama and an equally magnificent performance from first-time actress Michelle Rodriguez, who, regardless of whether she can scale such thespian heights again, was unquestionably born to play this role.

3. A Time for Drunken Horses -- This Kurdish film from first-time feature director Bahman Ghobadi is the most extraordinary film of the year, as well as the most heartwrenching. If I had passed a Peace Corps recruitment office on my way home, I would have unhesitatingly signed away my next two years.

4. An Affair of Love -- A terrible title for a wonderful movie. Nathalie Baye and Sergi Lopez shine in this most unexpected love story.

5. Wonder Boys -- In addition to all of his other talents, Curtis Hanson is a wonderful director of actors. Michael Douglas gives his finest performance ever as a washed-up academic coping with an extended life crisis. Terrific support from Robert Downey Jr. and Frances McDormand.

6. Into the Arms of Strangers: Stories of the Kindertransport -- A documentary about German Jewish children who found a safe haven in England just before the outbreak of World War II. The extraordinary archival footage includes miraculously preserved home movies of Germany before the war, as seen through the eyes of children.

7. Luminous Motion -- A dreamlike observation of loss and separation, this hypnotically involving, profoundly disturbing psychological drama was directed by Bette Gordon, a filmmaker previously unknown to me. Seeing this film made me want to rush out and rent everything she has ever made.

9. Erin Brockovich -- Finally, a studio picture that gets it totally right. Credit and kudos to director Steven Soderbergh, screenwriter Susannah Grant, and actress Julia Roberts. Why can't they all be this good?