Saturday, April 19, at House of Blues. 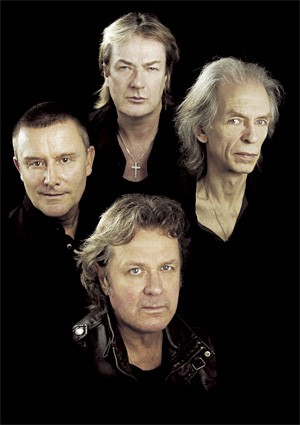 The 40-Year-Old Virgin reintroduced Asia's "Heat of the Moment" to the pop-culture continuum. Before that, the supergroup went down in history as the last great prog-rock band — even though it wasn't that proggy. Asia formed in 1981, pooling the talents of guys who played in Yes, King Crimson, the Buggles, and Emerson Lake & Palmer. The Best of Asia's liner notes surprisingly credit the punk movement with inspiring the vets to move toward a poppier, less jammy direction. Accordingly, the band's legacy exists in a weird stasis: It's not exactly an '80s band, and the keyboards at the heart of hits like "Heat of the Moment" and "Only Time Will Tell" have kept Asia from getting a real foothold in the perpetual-rotation world of classic-rock radio. Not that it's stopped them. Even Asia fans may be surprised to learn that the group stuck around well after 1986. In fact, two warring versions are now touring and recording. Asia featuring John Payne focuses on material the band recorded between 1992 and 2004. Coming to Cleveland this week is the real-deal, all-the-hits original lineup — which reunited in 2006 with the astral harmonies and regal keyboards of Geoff Downes, Steve Howe, Carl Palmer, and John Wetton.