Rob Zombie rebounds from a Universal nightmare with another Sinister offering. 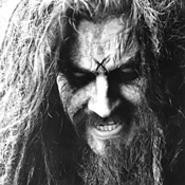 Let's say you're a music-biz Dr. Frankenstein. You want to build the perfect beast for the MTV era, an artist equally adept at visual and musical communication, someone for whom a video and song are all part of an inextricable package.

Rob Zombie just might be that beast. Sure, it's conventional wisdom to say that Madonna is the prototypical MTV star, the artist who has most shrewdly exploited the video age, and there's some truth to that notion. Unlike her '80s superstar peers Michael Jackson, Prince, and Bruce Springsteen, Madonna did not have to adjust to the world of MTV. She was ready for it from the beginning, and she based her entire career around it.

But Madonna, like most MTV staples, has been only the subject of her videos; she hasn't been the creator of them. As with her musical production choices, her video M.O. has been to find the hottest new directors and let their imaginations run wild, knowing that she'll get most of the praise for it.

Zombie, though, is completely in charge of every musical and visual detail of his career. At 36, he has long directed his own videos, bringing the same campy freak-show mindset to them that he injected into his dense slabs of '90s hard rock like "Thunder Kiss '65" and "More Human Than Human" (both with his old band, White Zombie). In 1995, when Zombie won an MTV video award for "'More Human," it was one of the few times in the show's history that the winning pop star didn't get credit for a clip that someone else had devised. Zombie also designs his own CD art, concert sets, and T-shirts.

With his unruly mop of graying hair and Rasputin beard, Zombie will never be confused with Madonna, but they're similar in that their music is only a part of the sensory package, and in both cases, it often feels incomplete without its visual accompaniment.

For Zombie, a horror-movie freak and comic book collector from his earliest days in Haverhill, Massachusetts, it was inevitable that he'd one day take his ghoulish visions to the big screen. In 1996, he did just that, creating a hallucinogenic nightmare sequence for Mike Judge's Beavis and Butt-head movie. But Zombie was also carrying around an idea for a film of his own.

Two years ago, Universal Pictures proudly announced that Zombie would direct a gothic horror film for them, with the family-friendly title House of 1000 Corpses. Within months, however, the deal went sour. When Universal execs screened the film in the fall of 2000, they were so shocked by its suggestions of necrophilia and cannibalism that they branded it "an über-celebration of depravity" and swiftly dropped plans to distribute it.

In a way, the decision was a puzzler. After all, this was Rob Zombie they were dealing with: the same guy who titled his band's first major-label release La Sexorcisto: Devil Music Vol. 1. Did Universal expect him to make a lighthearted children's movie? Didn't they know that über-celebrations of depravity have been Zombie's bread and butter from day one?

Though Zombie's never received any answers from the suits at Universal, he's convinced that their flip-flop was little more than an election-year flinch.

"Truthfully, I think a lot of it had to do with timing," Zombie says. "They had seen the finished product right around the time the presidential election was happening, and I know there was a lot of pressure from Washington on Hollywood, especially on Universal and all the major studios. And I think the film itself presented a lot of problems they just did not want to deal with. No one's ever gonna admit that, but that's really what I think it was. It wasn't like they didn't know what we were doing and hadn't seen the film. 'Cause we had finished the film, and then they came back and actually gave me more money to shoot a more elaborate ending. I shot it at the back lot at Universal! It wasn't like I was off hiding somewhere."

After the grueling work schedule and corporate headaches of his first filmmaking experience, getting back to music was a comparative relief for Zombie. Although his music has always been a dense sonic barrage of heavy guitars, spoken-word sound bites, and otherworldly electronic samples, for his latest release, The Sinister Urge, Zombie wanted to create drama with more traditional techniques.

For the first time, he incorporated a horn section and 30-piece orchestra, turning tracks like "Bring Her Down" and "Demon Speeding" into cinematic romps, the musical equivalents of breakneck action films. He says his inspiration came not from his recent directing experience, but from a clutch of his favorite childhood 45s.

"In some ways, I kept using Paul McCartney & Wings' 'Live and Let Die' as the model for what we were trying to do," he says. "I always loved that song as a kid, and records of that sort, so that's why I started bringing in all those other elements. People don't really do that very much anymore, but it sounded so incredible on those records back in the '70s."

Like his most obvious early inspiration, Alice Cooper, Zombie has built a persona so loaded with menace, he disarms you simply by being a reasonable, articulate guy who doesn't decapitate babies in his spare time. In fact, in conversation, he reminds you much more of George Clooney than the anguished hellraiser of songs like "Dead Girl Superstar" or "Scum of the Earth."

But if Zombie is calm, he's not laid-back by a long shot. An admittedly relentless control freak, he gives you the feeling that he just doesn't have confidence in anyone else's ability to do a job that he knows he can do himself. Zombie is quick to concede that what ultimately splintered White Zombie was his frustration over having to compromise his ideas by going through the committee of a group. For that reason, Zombie doesn't bemoan the constant workload that also brings him complete control. His only complaint is that he doesn't have time to do more.

"It is pretty overwhelming," he says. "I mean, I'm always working. There's always a million things going on. I set the alarm every day and pull myself out of bed and start working. It's kind of a catch-22, 'cause there's no one else to do the work if I don't do it. But I love it, too.

"The hard thing is that I'll have to say no to projects. I remember a couple of albums ago, I had a call to do an Alice Cooper video, and I was on tour and couldn't do it. It's a bummer."