With Brother Ali, the Micronauts, Odd Jobs, and others. Friday, October 31, at the Agora Theatre. 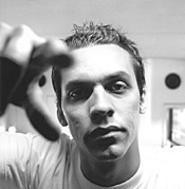 The proliferation of talented underground collectives can be overwhelming, even for the hip-hop cognoscenti, who devote their time to manning the radar stations. In the last few years, a staggering number of artists have dropped albums with depth, texture, and clarity that mainstream acts couldn't begin to match. And while the progenitors of the movement are many -- El-P, Living Legends, Aesop Rock, Dose One, Mr. Lif, Sole, MURS -- most of them will be relegated to boom-bap's nether regions without registering a single blip on the screen of the masses.

But amid a never-ending parade of cartoon characters from STL and ATL, Atmosphere, an outfit hailing from Minneapolis, has seen its stock continue to rise. And with its lucid, cerebral brand of hip-hop, it's poised to break through. Pursued by a slew of major labels, MC Slug and his cronies, beatmaster Ant and DJ Mr. Dibbs, have opted to remain independent. The crew licensed its new album, Seven's Travels, to the seminal punk imprint Epitaph. It might seem an odd pairing at first, but given the trio's recent stint on the Vans Warped Tour and their noted reputation as road dogs, it's not hard to believe they've found like-minded folks among the punks. Indie hip-hop is the new punk rock, you know, and Atmosphere is the real deal.