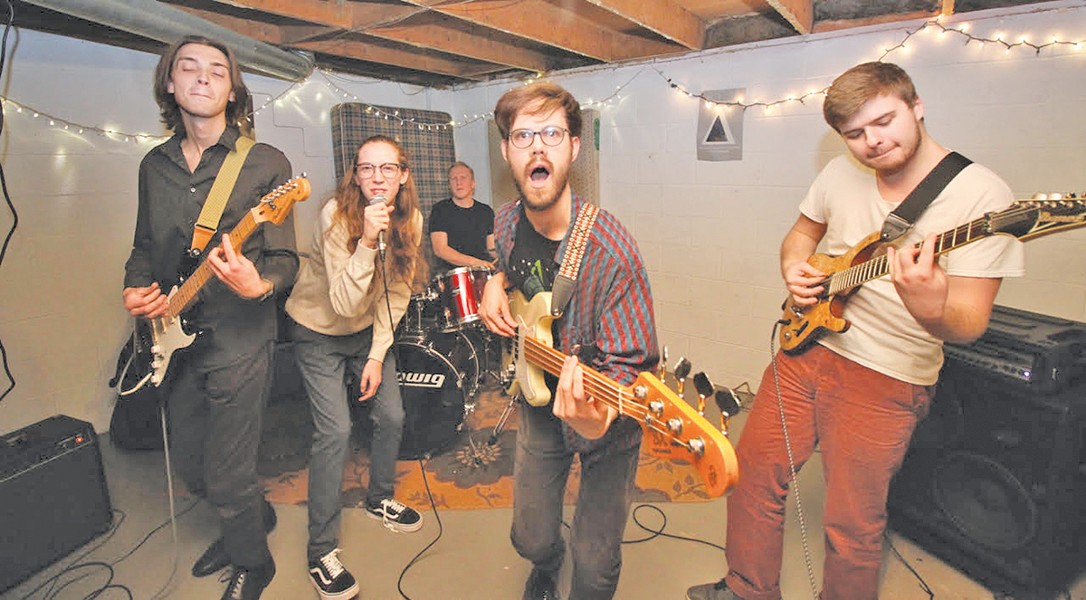 A RANGE OF INFLUENCES: Formed in Kent two years ago, Post Saga draws from funk, pop, jazz and rock. O'Connor started singing when she was a teen and began writing her own songs back then too. "Me and Levan [Mdzinarishvili] had been friends for years. He used to play in a band when he was younger, and I did solo stuff. I just wanted to play out. We both express ourselves through music, and we wanted to get something together to see what happened. We originally just played covers." Drawing from influences such as the dynamic funk-jazz act Snarky Puppy and the late Amy Winehouse, the band developed its own jazzy sound. "We all have really eclectic taste in music," says O'Connor. "Luke [Mason] likes blues and our pianist/guitarist [Steven Carey] likes metal. Our drummer is super into jazz."

SWITCHING THINGS UP: Almost everyone in the group is a multi-instrumentalist, and members frequently switch instruments, sometimes even in the middle of songs. "We like to switch things up during the shows," says O'Connor. "It's second nature for us. Three of the five people in the band are the ones who switch instruments, and I think it's great from an audience perspective."

WHY YOU SHOULD HEAR THEM: For its new EP, the band started writing original material last year. "Everyone would have ideas or sections of ideas, and we would build on those," says O'Connor when asked about the songwriting process. The group essentially recorded the album live at O'Connor's home. The up-tempo "I Know" commences with a jazzy drum solo and features raspy, Janis Joplin-like vocals. Songs such as the bluesy "Turnaround" and the soulful "Temporary Lovin'" really benefit from O'Connor's heartfelt singing. She clearly drives each of the EP's five tracks.

WHERE YOU CAN HEAR THEM: facebook.com/postsaga

WHERE YOU CAN SEE THEM: Post Saga performs with Fullsend and Deep Sigh at 8 p.m. on Saturday, March 30, at the Beachland Tavern.