Band of the Week: Reagan Youth 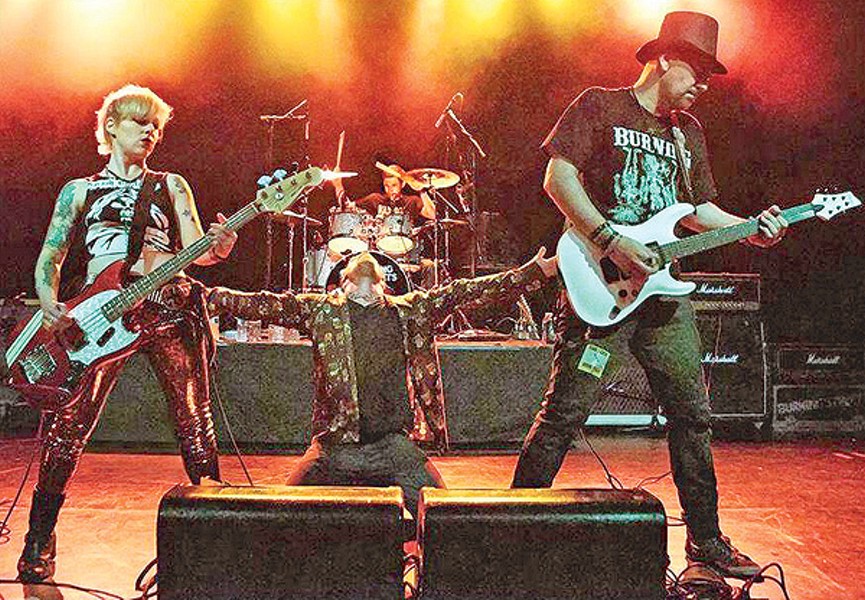 A New York State of Mind: Punk rock came to Reagan Youth guitarist Paul Cripple's Queens neighborhood when he was in high school and he immediately gravitated toward it. "Rock was really big," he says. "It was monstrous back then. Lady Gaga pales by comparison." Cripple took up guitar and formed Reagan Youth in 1980 with good friend, the late Dave Insurgent, and started playing clubs like CBGB. "I wanted to learn guitar but everyone was so mean and cruel," Cripple says. "Dave and I got picked on a lot. But we didn't care and Dave was writing interesting lyrics."

Youth of Their Day: Cripple says the novelty name wasn't the only reason the band had a following. "No one would have listened to it if the music wasn't great," he says. "We wanted to expose the evils of society but we're not into politics. We're anarchists."

Keeping the Band Going: Cripple says he tried to get his old band members together but they were still bitter. "The band's ending for me changed everything," he says. "It was harsh that my singer died. I would love to get all the singers from the early New York hardcore scene to sing one song from each our albums as a tribute, but in the meantime I found three fans to reform the band."

Why You Should Hear Them: Songs such as "Reagan Youth" and "Degenerated" are snotty punk anthems every bit as brash and in-your-face as tunes such as Suicidal Tendencies' "Institutionalized." The band's 1994 album A Collection of Pop Classics features one rant after another. Cripple says the current band is plenty capable of playing the songs with all the punk rock attitude they require. "These musicians are really talented and have their own identity," he says. "I'm not a punk rock poet but I thought that with the new band we could maybe we can make this shit sound somewhat intelligent. I really think the music will stand up. "

Where You Can Hear Them: reaganyouth.com

Where You Can See Them: Reagan Youth performs with Burning Streets and the Old One-Two at 8 p.m. on Friday, Nov. 14, at Now That's Class.