Band of the Week: The Black Lips 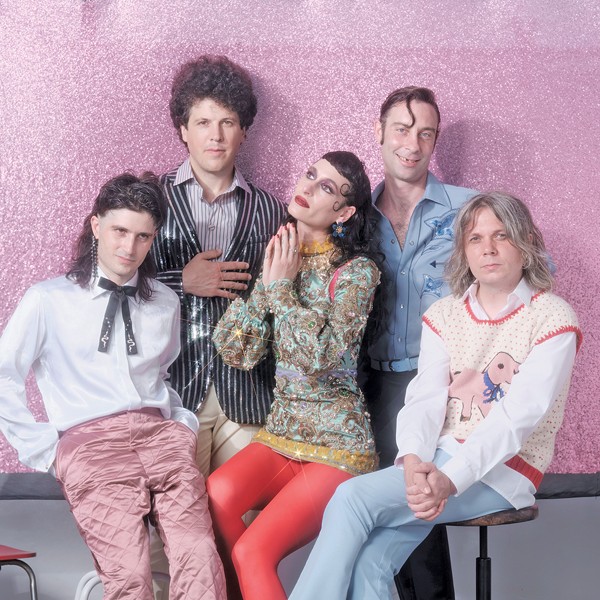 SKATEBOARDING BUDDIES: The Black Lips have worked their way from sweaty basement shows in their native Georgia to huge crowds at international music festivals — including a performance at Fun Fun Fun Fest that appears in Terrence Malick's film Song to Song. Alexander and Swilley formed the band in 1999 when they used to hang out at skate parks together. They released their self-titled debut in 2003 and have toured and recorded ever since. The band has even visited places such as India, Jordan, Cyprus, Egypt, Lebanon, Iraqi Kurdistan and the United Arab Emirates.

EMBRACING COUNTRY MUSIC: The band's new album, Sing in a World That's Falling Apart, finds the garage punk act embracing an old-school country sound. "We've just made a whole lot of garage and punk records, but we never go into anything thinking we'll go in any direction," says Swilley when asked about the shift in musical direction. "We all like country music, but I kind of wish we wouldn't have told anyone it was a country record. It's not really a country record but just something we wanted to do." The record recalls Ween's 12 Golden Country Greats, but Swilley says the Ween album, though brilliant, didn't directly inspire Sing in a World That's Falling Apart. "I think they're cool, but I never heard that record until we did this one," he says in reference to Ween. "I have checked it out, and it's really cool. They went straight-up Nashville with professional players. We like any sort of fuzzy kind of country and weird stuff and murder ballads."

WHY YOU SHOULD HEAR THEM: "Hooker John," the free-wheeling opening track on Sing in a World That's Falling Apart, references the prostitutes who hang out in Alexander's neighborhood. It features Dylan-like vocals and twangy guitars, and the somber "Chainsaw" finds the Black Lips delivering a bona fide ballad. "I think we have one record in us that's along the same lines as this one," says Swilley when asked about what the group's next album will be like. "We had a lot of extra material we didn't use for this album. We also talked about doing a holiday record or a disco record."

WHERE YOU CAN HEAR THEM: black-lips.com.

WHERE YOU CAN SEE THEM: The Black Lips perform with Poppy Jean Crawford and Leaf Borbie & the Family Tree at 8 p.m. on Wednesday, March 4, at the Beachland Ballroom.