Band of the Week: The Promise Hero 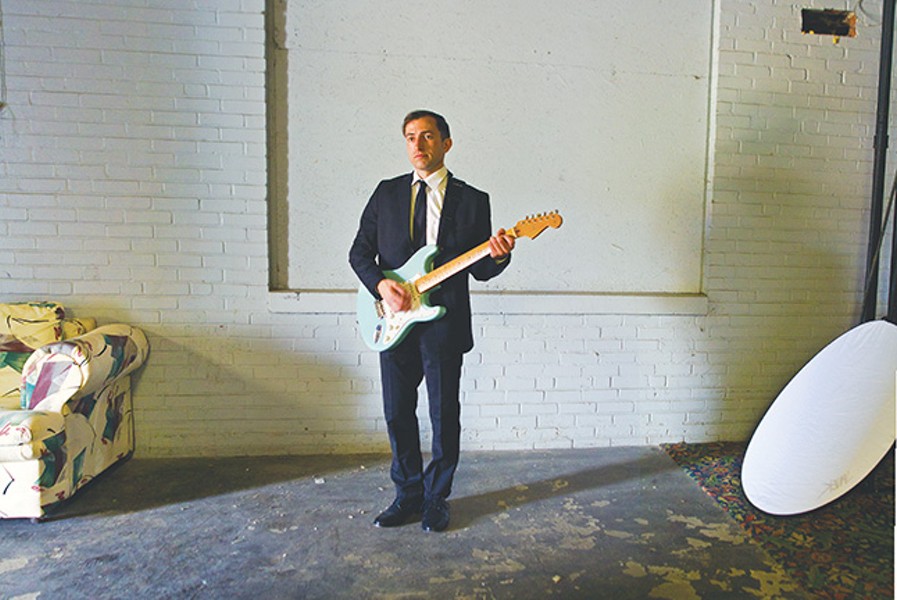 Where You Can See Them: The Promise Hero performs with the Composure, Smoke Screen and Play Onwards! at 6:30 p.m. on Saturday, August 10, at the Grog Shop.

Early in 2006, singer Bobby Vaughn and guitarist Daniel Weiss, both of whom played together in high school in the indie rock band Honor Roll, started the Promise Hero. The group issued its self-titled that same year and picked up some momentum by opening shows for the popular local hardcore act Between Home and Serenity. They quickly signed to the Chicago-based label TDR Records, which continues to put out their albums even though the band's line-up has changed.

And Then There Was One:

The songwriting was originally a collaboration between Vaughn and Daniel Weiss but the group's new album, Déjà Vu, is the first written entirely by Vaughn, the sole member of the group. "[Producer] Jamie Woolford's ideas came through too," says Vaughn. "We worked with him on [2009's] Wait for the Sun. I kept him in mind for this album because I like the way he approaches producing. When I hit him up, I was ready to go and was prepared for how he would approach it. He flew in from Phoenix, and we recorded at a studio in Little Italy run by Dave Piatek."

While the Promise Hero has been associated with the emo/screamo scene, Vaughn says the band's music comes out on the quieter side of things. "If I had to choose between the two, I would say we're emo," he says. "But I like to think of us as acoustic alternative rock."

Why You Should Hear Them:

On album opener "Déjà Vu," an elegant string arrangement and bits of piano amplify singer Bobby Vaughn's high-pitched vocals, making an otherwise ordinary power ballad into something powerful (think of Green Day's "Street of Broken Dreams"). "We had a couple of friends come in and play the strings," Vaughn says when asked about the tune. "I wrote the demos on acoustic guitar but I would generate the strings on my computer. Having string players come in to play those parts added a professional touch." Elsewhere, "Keep It Flowing" is a poppy Weezer-like number with nasally vocals, and the bouncy piano in "Locked Up Alone" sounds like something from a Ben Folds album. The tunes reflect Vaughn's inspirations: the Beatles and Beach Boys.

Where You Can Hear Them: