When Lyndhurst's mayor gouged his customers, it was just business. 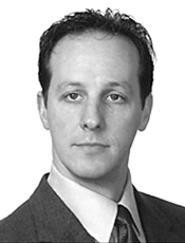 At the cleaning-supply company he co-owns, Lyndhurst Mayor Barry Jacobson sports a poster of Winnie the Pooh, pictures of a smiling family, and, he explains, the ethics of the used-automobile trade.

"You have to understand how the business works," says Jacobson, whose company, Envirochemical Inc., sells items such as soap and paper towels to government entities. He is trying to explain why he sold a case of his company's toilet-bowl cleaner to the city of Lyndhurst for $25, when he charged another customer, Trumbull County, $169 for the same item.

"It is like selling cars," says the slim young mayor, between offers of sparkling water, trips to the photocopy machine, and dramatic changes of subject. "If you and your neighbor go to a car dealer and buy the same car, your neighbor could have spent thousands more, but you would never find out."

It all makes sense -- except that Envirochemical has a printed catalog, with prices and everything. And unfortunately, the neighbor always finds out.

About 40 miles down the road, Trumbull officials have barred Envirochemical, based in Bedford Heights, from any further dealings with the county. The edict came after prosecutors uncovered "excessive" bills from half a dozen of the county's vendors in September.

"You can infer that there is a line to cross, and you have a theft," says County Prosecutor Dennis Watkins. But he refuses to say where that line is, or whether Envirochemical crossed it.

Jacobson wasn't the only one to profit from Trumbull's lax purchasing standards; he just profited the most. Until a series of stories in the Youngstown Vindicator spurred cops, prosecutors, and accountants to investigate, Trumbull was on track to spend more than $250,000 a year on items designed to keep its bathrooms clean and inmates smelling fresh. That's several times what other counties with more employees and bigger jails spent.

The newspaper found bookkeeping so poor that it was impossible to determine whether goods Trumbull paid for ever arrived. No contracts were ever put out to bid. And the torrent of fresheners, deodorizers, and sanitizers continued, despite the fact that cases of the stuff sat rusting in storerooms and closets.

There have been no arrests. But agents from the FBI and Ohio Bureau of Criminal Identification and Investigation are poking around county buildings, and results from a special state audit are pending. A grand jury has begun to hear evidence.

Since Watkins turned off the spigot in September, Trumbull's supply bill has dropped by 85 percent. He says he is looking not only into pricing, but into how items were ordered and whether they were actually received.

Jacobson says that he's complied with the prosecutor's request for documents. But he won't say why he and co-owner Brian Fox didn't fight to keep the Trumbull account, which had been approaching $180,000 a year.

In Lyndhurst, where Envirochemical's prices were lower and total sales over the years amounted to $14,000, officials have nothing but good things to say about the mayor's company.

"I wish we still used them," says Finance Director Tony Ianiro. "They were cheaper." Jacobson stopped selling to his city in 2001, when he ascended from council to the mayor's chair.

It's not clear whether Lyndhurst had ever dealt with Envirochemical before Jacobson joined council in 1996, but Ohio Ethics law generally discourages city officials from doing business with the towns they're supposed to guide.

"He had no involvement in purchasing -- and we talked to the department heads who buy the stuff, and they said the stuff could not be purchased cheaper anywhere else," says City Solicitor Richard Carbone.

The neighbors, of course, have a hard time accepting the idea of Jacobson's generosity. The knowledge that someone else paid $25 for a case of Envirobowl cleaner made their own $169 case stink worse.

"Lyndhurst was benefiting on the backs of the taxpayers of Trumbull County," says County Commissioner Michael O'Brien, who declines to comment on how -- or why -- his county ended up paying such inflated prices until local, state, and federal investigations are complete.

Nor are Lyndhurst officials particularly fond of Jacobson these days -- though their displeasure stems from different reasons.

In 2001, in his second term as a councilman, Jacobson was elected by council to be vice mayor -- which primarily involves leading meetings. Then, a month before council was to elect a new vice mayor, Mayor Leonard Creary announced his retirement. The city charter gave Jacobson the $55,000-a-year mayor's job.

Jacobson took the post over the protests of the council, who would have preferred to choose an interim mayor themselves. In the two years since, they have cut his pay in half (it will go back up when a new mayor is elected) and backed a change in the city charter, so that such an event couldn't happen again.

"A lot of feathers got rubbed the wrong way," says Lillian Turjanica, one of four council members planning to run for mayor in November.

For personal reasons that he won't share, Jacobson is scheduled to resign this week. He has sold his house in Lyndhurst, and he's moving out of town; he won't say where.