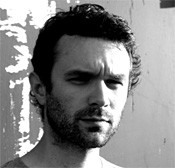 David Ullman sums up tonight's show in Akron as a melodramatic "whisper to a roar." And the 28-year-old guitarist will debut his brother Brian's Sad Bastards backup band for the show, at which Ullman will peddle his new disc, Dog Days. "I start real quiet and build to a passionate vocal," says Ullman, who likens himself to fellow "neo-folkies" Damien Rice and Ray LaMontagne. "If I were in a coffeehouse, it would be a rude wake-up call for someone trying to study." The 28-year-old Rittman native is a senior majoring in electronic-media production at Kent State University. But most weekends, he finds himself onstage in both out-of-the-way cafés and hi-NRG nightspots like the Hi-Fi Concert Club in Lakewood and the Robin Hood in Kent. Anywhere he goes, Ullman tries to explain why it took him three years and 18 guest musicians to record his disc, whose songs' lyrics depict an old love affair. "I grew up with a real creative community of friends. So it was a matter of trying to mesh our lives and schedules together to get in the same room. A lot of it was piecemeal, and people moved away or had children," says Ullman. "It was a real tooth-and-nail fight to get it done." Hear for yourself at 8 tonight at Musica/Mocha Maiden, 21 North Maiden Lane in Akron. Admission is $10. Call 330-253-3776.
Sat., Feb. 23, 8 p.m., 2008