A harrowing look at satanic motifs in the music of Barbra Streisand. 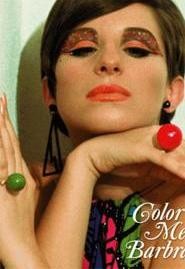 Did you know Barbra Streisand, or simply Babs, is the top-selling female American pop artist of all time? Yes, it's true. Her middling talents have generated 2 Oscars, 6 Emmys, 11 Golden Globes, 10 Grammys, 2 Cable Ace awards, an honorary Tony, and lifetime achievement awards from the American Film Institute and the RIAA. Concerts tickets to witness the moose-faced diva wail selections from Cats recently fetched $2,000 on eBay. How did this Jewish girl from New York become a swallow-voiced vixen of stage and screen, visionary director, and unlikely politico?

Like the diabolical legacies of other musical legends -- Italian violinist Nicolo Paganini, bluesman Robert Johnson, and David Lee Roth -- Streisand's success can be attributed only to a covenant with the devil. In 1976, Babs played the leading role in an autobiographical remake of A Star Is Born. It featured a soundtrack by composer Roger Kellaway, who would go on to score the 1982 demon-worshiping flick Satan's Mistress. She also involuntarily appeared in an early South Park episode, where a photo of her and Satan can be spotted in her dressing room. The Dark One himself speaks of the relationship through author Glen Duncan in the book I, Lucifer (Finally, the Other Side of the Story), which purports to be Beelzebub's autobiography. "Maybe you've asked yourselves what I am proudest of?" Duncan/Satan writes. "My greatest human achievements are Barbra Streisand and Elton John."

Album: My Name Is Barbra, 1965
Song: "Someone to Watch Over Me"
Alternate Title: "Someone Like Old Gooseberry to Watch Over Me"
This fascinating concept album traces Babs' growth from a young girl in New York trying to suppress a penchant for bestiality ("Sweet Zoo") to her spellbinding love affair with the Accuser of the Brethren ("My Man," "Why Did I Choose You?"). The Dark Lord, satisfied with the accomplishments of his young servant, rewarded Barbra with the 1966 Grammy for Best Vocal Performance, Female.

Album: A Christmas Album, 1967
Song: "O Little Town of Bethlehem"
Alternate Title: "O Cursed Town of Bethlehem"
In a revolting attempt to cover her cloven-footed tracks, Streisand releases, of all things, an album mocking the birth of Jesus. It's difficult to make out through her sinister wail the wholesome message of traditional Christmas-themed music. Nonetheless, the record is widely embraced by the unsuspecting public and goes platinum five times over.

Album: Stoney End, 1971
Song: "No Easy Way Down"
Alternate Title: "No Easy Way Down to Cocytus"
Streisand used her wicked charms to draw venerable Randy Newman into the session for this, her second Top 10 record. Her sacrifice and subservience to the Fallen Angel could hardly be more obvious than in the gently swinging "No Easy Way Down," where she confesses her dark fantasies and stalwart allegiance as one of hell's minions: "We all like to climb to the heights/I know where our fantasy world can be found/But you must know in the end when it's time to descend/There is no easy way down [to hell]."