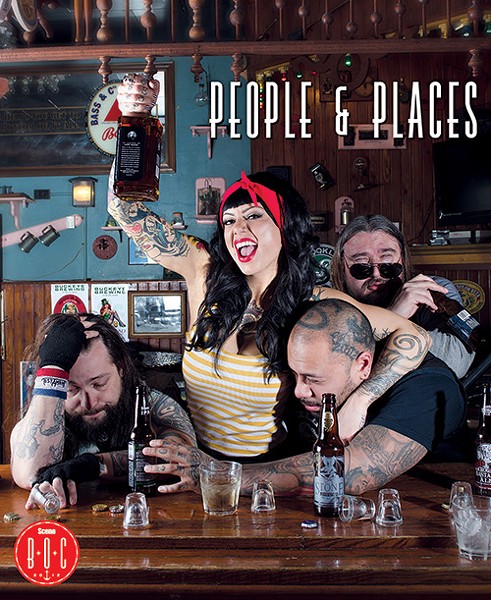 For years, Cleveland State's sparse amenities and commuting collegians lumped it somewhere behind various other, more conventional bastions of higher learning when it came down to the ol' popularity meter. But with Cleveland State taking a lead role in the rebirth that's enveloping downtown, its status is rising accordingly. Thanks to millions of dollars invested in new buildings and upgrades, and a sharpened focus on developing a true campus atmosphere for its students, the land of the Vikings is a proud one indeed.

The Rock and Roll Hall of Fame

There's no denying it: Visitors from Chico to China invariably come to our fertile shores to see the Rock Hall more than any other treasure we've got. And they're never disappointed. From its breathtaking perch on North Coast Harbor to its still-stately/spacey I.M. Pei design to its engrossing, interactive exhibits on rock & roll both old and new, Cleveland's Rock Hall could be the single coolest attraction anywhere in America, let alone on the North Coast.

Staff Pick: The West Side Market

Cleveland's best comedian doesn't much care for the world of stand-up. Mike Polk makes his beer money as an internet humor writer, and he dabbles in some of the oddest, most hilarious videos you're likely to YouTube (try his feline farce "I'm a Stupid Cat" or his paean to Browns fandom "Factory of Sadness"). A former leader of the Last Call Cleveland comedy troupe that rose out of Kent State more than a decade ago, Polk still performs with the lads on occasion — and still reprises his turn as the Cuyahoga Messiah in the not-quite-seasonal-classic musical Michael Stanley Superstar! As for stand-up? He'll step under the lights every now and again, never giving himself the credit he deserves.

An expansive stretch of soft-sand beach skirted by acres of grassy fields — how many urban centers boast such amenities virtually within walking distance of downtown? For being an utter escape from the rat race that's so ridiculously easy to escape to, Edgewater — now known in government parlance as Cleveland Lakefront State Park — more than earns its nod. As nearby Battery Park and Gordon Square grow up, Edgewater's value should continue to rise.

Best Place to Hold a Wedding

Windows on the river

Since 1990, this full-service events company has been a mainstay of the Powerhouse on the Flats' West Bank. Each of its banquet rooms offer gorgeous views of downtown and together can accommodate up to 1,000 guests. The arrival of Cleveland's aquarium on the ground floor has only raised the profile of this prime spot for swapping nuptials. Together, they're breathing life back into the Cuyahoga's West Bank.

Whether your version of peace and quiet is fly fishing in the Rocky River, horseback riding through a densely wooded bridle trail, cycling the day away, or just getting lost in your thoughts in the bosom of Mother Nature, Cleveland's Emerald Necklace is the answer every time. With reservations throughout Northeast Ohio, your great escape is never far away.

A hipster heaven for the near West Side, the Happy Dog specializes in vintage 1950s ambiance — that's real vintage, not reconstituted, mind you — and outrageous gourmet hot dogs served up with any number of 50 (fifty!) gourmet toppings. That, and a beer list that extends to Lakewood, are reason enough to call the Dog your favorite hang. Add in regular live music from up-and-coming bands, book events, cheesy movie nights, classical music excursions, and pinball tournaments, and you'll wish you could take this dog home.

Consider this West Sixth locale — that of the mini-kilted ladies, flame-spitting bartenders, and occasional Kardashian sighting — the booze-quickened heartbeat of the Warehouse District. Where other clubs wax and wane on the seasons of fad, the Barley House is always a destination — for everyone from your 9-to-5 office drones looking to pour out a paycheck, right on up the social ladder to Cavaliers rookie Kyrie Irving. It's shoulder to shoulder every weekend, meaning it's the perfect place to practice your vodka-enriched dance moves — and be sure the whole room is watching.