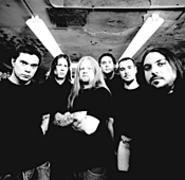 Mark Hunter's secret is out, spilling through the speakers with the volume of a 12-car pileup. Sitting in the control room of Strongsville's Spider Studios, the singer blasts a handful of rough, mostly unmixed tracks from Chimaira's forthcoming album. Not even the band's manager has heard these songs yet -- though we're pretty certain the neighbors have.

"We've been kind of secretive about a lot of stuff," says Hunter, dressed in black jeans, shirt, and ball cap -- attire that matches his band's dark-metal sound. "Only like two people at the label know what's going on with the band. We just kind of wanted to stay out of the limelight until it's the right time."

Chimaira learned this lesson the hard way. A little over two years ago, the band was similarly ensconced at Spider, putting together what would turn out to be their breakout album, The Impossibility of Reason. But after the group submitted demos of its new material, Roadrunner Records initially rejected the songs, leaving band members to stew in a brief period of self-doubt before re-recording the tunes for eventual release. They vowed not to repeat that scenario this time.

And they haven't. Things are very different this time around. Impossibility sold more than 85,000 copies, and the band did a whopping 13 tours in support of the album, hitting Australia and Japan for the first time. Now Chimaira has plenty of momentum behind it, and having gotten a sneak peek at the unnamed album, we're confident that the band's following will continue to build.

Perhaps the most striking thing about Chimaira's new tunes is how much longer and more involved they are. The shortest song clocks in at five minutes, and some stretch past the seven-minute mark.

"It has more of an epic kind of vibe," says album producer Ben Schigel, who owns Spider, a comfy rock hang appointed with leopard-print couches and needle-nosed lava lamps, all housed in a garage outside his parents' home. "The songs are a lot longer, but we found a way to make them long without being boring. Now that it's coming together, it sounds way more brutal."

Despite their length, the songs fly by quickly, thanks in large part to a persistent groove abetted by new drummer Kevin Talley, a veteran of such death-metal combos as Dying Fetus and Misery Signals. Talley's presence is felt immediately; the new songs are a buffet of double-bass drumming. With the addition of deeper, more authoritative vocals from Hunter and dizzying solos from guitarists Rob Arnold and Matt DeVries, the band really comes into its own, creating a distinct identity on tracks like "Nothing Remains" and "Comatose." They've all but done away with the tinges of melody that colored past works.

"I think, with this record, they've really set out to establish their own sound," says Monte Connor, head of Roadrunner. "They've really kind of put their own stamp on things via the longer songs, the better songwriting, the more Metallica-type feel to some of the stuff they're doing."

Due out in July or August, the disc is shaping up to be among the finest metal albums ever to come from these parts. The band already has a brief European tour booked for June and is aboard this summer's inaugural Sounds of the Underground tour, where it'll play the States alongside heavy hitters like Clutch and Poison the Well. After drawing nearly 2,000 fans to the Agora last December for its annual Christmas show, Chimaira now rivals Mushroomhead as Cleveland's biggest live draw.

Moreover, with peers and former tourmates like Shadows Fall, Lamb of God, and Killswitch Engage all notching breakout albums that soared past 150,000 in sales, expectations are high for Chimaira. All this has put a lot of pressure on the band to deliver with its next record. This led to slow going, until Chimaira shrugged off its hang-ups.

"I don't know why we were in such a rut. I think it had a lot to with the pressure," Hunter says. "We wrote one song and just kind of sat and bitched at each other for a month: 'Do we like this kind of song, or what don't we like about it?' Finally, it was just like, 'You know what, I think we like it.' It's us, but it's different. At first, I wasn't sure if it was good or not, but now that I hear everything come together, I'm getting pumped up," he says with a grin. "People are going to love it or hate it."

We're betting on the former.