Rediscovering the power of singing. 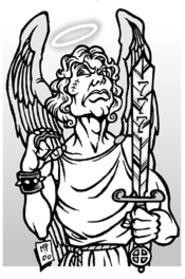 Toe-tapping and soul-stirring have gone hand in hand since long before David appointed the Levites to play instruments in deference to God. This weekend, Ohio Music Revival 2000 aims to rekindle what the revival's founder, Kimberly Tyus, considers correct worship through song.

"When we look at biblical history, any time music is being played, it was for worship to God," Tyus explains. "But what has happened is that the church has become geared for entertainment, and that's not what it was designed for -- it was used to cast out demons."

Such is the goal of the revival, armed with the 50-voice Judah Revival Choir and local and national evangelists to minister to the masses. To make sure the flock gets the point -- that the day is for "deliverance, restoration, and refueling," not just fun -- the revival includes workshops designed to align the troops along a common front.

"We're affected, we're wounded, we're bleeding, so we're going to talk about how to fight effectively, because our theme is 'Preparing for Battle,'" Tyus says. "We can destroy things through our body movements, but we have to be motivated by the Holy Spirit."

Though not all the battles are on a grand spiritual scale. Some are downright petty, with church pastors bickering with music directors over whether the sermon or singing is more important. "It's an ugly issue," Tyus admits. "It's an ugly issue of ego, so we're trying to break down those walls, too."

More than that, Tyus believes that music -- especially in the church -- is being misused. She intends to reclaim the joyful singing for those on high. "I think the world is doing what they're supposed to do," she says. "They praise their god, and their god is Lucifer, and we're supposed to praise ours. I believe this is going to be the beginning of a new fashion of ministry in music."