Big Dish in a Small Pond 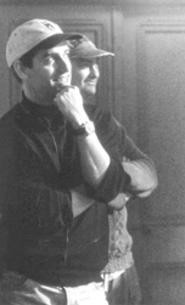 Mentioning the Australian role in the 1969 Apollo 11 mission -- the first to put a man on the moon -- sounds like the start of a bad joke. Even Australian director Rob Sitch, whose film The Dish is based on the Aussies' participation in the historic event, first thought of it that way. But a dusty tome on radio astronomy had the truth buried in its pages: A radio telescope in Parkes, Australia, was solely responsible for beaming to the world the images of Neil Armstrong's first steps on the moon.

"Make no mistake," Sitch clarifies. "Nobody in Australia thinks it was a big role we played, just an interesting role."

At first, "the dish" -- as the locals called it -- was commissioned simply to keep contact with Apollo 11 while it was over the southern hemisphere, with Earth between it and NASA's mission control. But when a date and time were set for the first lunar landing, Parkes's radio telescope was suddenly saddled with the responsibility of receiving the first images from the moon and sending them to the world -- except that just hours before the landing, Parkes experienced a minor blackout, wiping out the data on the computer tracking Apollo. And the NASA coordinates for the craft were set for the northern, not southern, hemisphere, rendering them almost useless for relocating the capsule. Then a gale-force wind kicked up, threatening to snap the dish from its mooring.

"We started off thinking we'd make a comedy based on the basic facts, but make up all the rest," Sitch says. Then he and his company of writers realized no one had ever done a feature film on the Apollo 11 mission -- and so Australians were once again given the responsibility of offering America's greatest achievement to the world.

"In some ways, we felt like custodians to something," Sitch says. "We realized we can't just have National Lampoon's Man on the Moon. We came to this purely through the desire to make a comedy and kind of fell in love with the subject matter."

The result is still a comedy, with characters and events fictionalized for effect, but The Dish also manages to capture the grandeur of landing on the moon and how it affected people. And though the action never leaves the one-horse town of Parkes, through well-painted characters and settings, the audience is able to relive July 1969.

"Most of the difficulty in writing a film like that is finding out what about human beings it reflects," Sitch says. "Everyone has looked at the science and achievement of it. We started off doing that, and it just doesn't work, because suddenly you're making a documentary, not a film. We wanted to capture the spirit of it. All we needed to do was fool people in an audience into letting their minds drift back."

Email us at [email protected]escene.com.