Our nominations for the pantheon of all-time great pimp anthems. 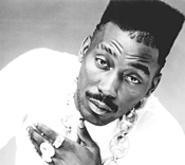 Cleveland's song of the summer follows in the grand tradition of drivin' hoop ties, wearing diamond pinky rings, and slappin' bitches with your sneaker. "I'm a pimp in my own fuckin' mind," native MC Ray Cash drawls on "Sex Appeal," backed by a freaky, reverberating beat that sounds like a short-circuiting drum machine. He goes on to catalog his many ladies and their various quirks ("Keisha got some big titties, but her attitude is shitty/Mary pretty, but act like Carrie from Sex and the City"). Heating up the charts locally and nationally, the tune is vying to enter the pantheon of all-time great pimp anthems.

There are two kinds of pimp tunes: those about actually being a pimp, as Ice-T and Too $hort claim to have been prior to getting into the rap game, and those that invoke a more casual sense of the term, as in someone who gets laid a lot. "Sex Appeal" belongs among the latter, where it's earned a place among our favorite pimp tunes. Read on, as we recount the rest. Be forewarned: Most of these songs are raunchy, unrepentant, and in poor taste. But then again, so are we.

Too $hort, "Pimpology"
This is the Holy Grail of pimp tunes, the Ark of the Covenant, the Double-Quarter-Pounder With Cheese. Everything you ever needed to know about being a real-life pimp is broken down in under four minutes. Too $hort presents a lesson on pimpin' in each verse ("Lesson Four: Keep ya ho/It's the most important thing to know"), and we highly recommend taking notes. By song's end, you'll be pricing pimp cups.

Nelly, "Pimp Juice"
The most egalitarian pimp anthem, "Pimp Juice" is all about inclusion. Everybody join hands and sing along: "Pimp juice is color blind/You find it work on all colors, creeds, and kinds/From ages 50 right down to nine." Amen! And ladies, don't worry: "Bitches got the pimp juice too." But just what is pimp juice? It's anything that attracts the opposite sex -- money, fame, intellect, some really tight Wranglers -- meaning that just about anybody can be a pimp. C'mon, isn't it about time you got in touch with your inner Iceberg Slim?

Kid Rock, "Early Morning Stoned Pimp"
"I'm from the sticks, biatch," Kid Rock rhymes on the definitive Skoal-chawin,' no-shirt-wearin', mullet-rockin', redneck pimp anthem. Rock's world is like Hee-Haw with ho's: He goes fishin' for pike and swills cheap Boone's Farm wine, doing coke and calling out Billy Ray Cyrus along the way. While he went on to sell millions of records after dropping this mid-'90s ode to white-trash pimpin', an even greater feat was making dudes in faded Skynyrd tees and pinstriped Camaros feel like fur-swathed playas for a minute.

Frank Zappa, "Willie the Pimp"
This helpful narrative first detailed what a proper pimp looks like. "I'm a little pimp with my hair gassed back/Pair o' khaki pants with my shoes shined black," Zappa sings in this oddly metered tune. Released in 1971, "Willie" predates hip-hop's infatuation with the pimp, making it one of the first explicit odes to big-city hustlers. Since then, the pimp has become an icon to some, but Zappa playfully subverts all that, portraying the pimp as just some greasy dude you wouldn't want to sit next to on the bus.

Big Daddy Kane, "Pimpin' Ain't Easy"
Should anyone think that beddin' babes, slappin' ho's, and maintaining a bitchin' fade is child's play, Big Daddy Kane is here to set your ass straight. This tune is a sobering cautionary tale about what it takes to "see trim and bag it." As the Big Daddy points out, there's no time for chitchat, no time for Salisbury steak dinners, because a pimp has to keep busy in order to get busy. As a bonus, the song boasts some of the greatest pickup lines ever. ("Wanna see a smooth black Casanova? Bend ova!" "What's in my pants'll make you see reality." "I'm tall, dark, and handsome, and all that junk.") Bust out those can't-miss one-liners on a Friday night, and you'll never go home alone again.