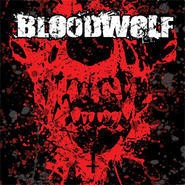 Saying the word "metal" is like saying "dog" -- everybody thinks of a different breed. Bloodwolf is definitely a mutt; there's some serious crossbreeding in the three tracks that make up 21666. Singer and bassist David Maynard's shrieks sound imported from black metal circa 1992, meshing nicely with his band's thrash riffs, death tendencies, and hardcore breakdowns. Sure, his words are unintelligible, but he might as well be shrieking Damn the purists.

There's also some serious scholarship on display. From the Pantera-like power groove of "Never Alive" to the Morbid Angel-inspired "Thrown in the Flames," the trio demonstrates true craft. As if realizing that most modern metal songs run about two minutes too long, each blast on this debut EP is under three minutes, leaving listeners salivating for the full-length Bloodwolf plans on recording later this summer.