With Andy Friedman & the Other Failures. Friday, May 9, at the Beachland Tavern. 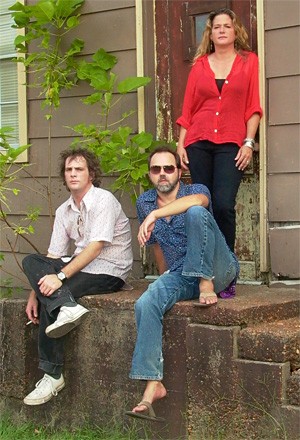 Blue Mountain bassist Laurie Stirratt lowers her voice and explains, without mentioning names, why she doesn't listen to modern alt-country. "There's no grit to it, and it's all real polished," she says. "It's been made into this marketable thing. Plus, I just don't think there are very many good musicians out there." Then again, Stirratt (her twin brother John plays bass in Wilco) has never cared for the tag. Like fellow pioneers Uncle Tupelo and the Jayhawks, Blue Mountain — which reunited last summer after a six-year break — has always insisted that it plays good ol' American rock and roll. Whatever you want to label it, Blue Mountain has been making music using a mix of searing aggression and tradition-schooled skill since the early '90s, when Stirratt and then-husband Cary Hudson formed the band — ragged roadhouse rockers who are one part X, two-parts Crazy Horse. But their reunion isn't about feel-good nostalgia and a handful of paying gigs: Blue Mountain already has two albums in the can. One features all new material, while the other consists of reworked older songs. "We've been playing really long sets," says Stirratt. "Not bad for a bunch of geezers."