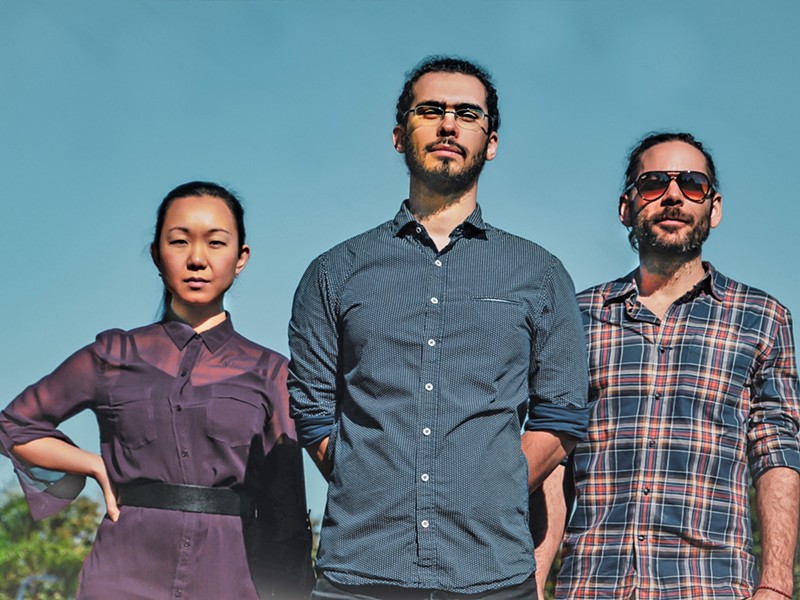 THE PIANO MAN: Born in Cuba, Almazan says he looked to his older sister for initial musical inspiration. Because she was taking piano lessons, he wanted to follow in her footsteps. "My sister was the biggest thing in the world to me, so I wanted to do everything she wanted to do," he says. "For me, it's like medicine. There are things about life that are hard to put into words. As an improvising musician, the piano gives me the opportunity to share some of those complex emotions in an abstract way."

A GREAT YOUNG TALENT: In addition to his solo career, Almazan plays with Terence Blanchard, a veteran jazz trumpeter who's called him "one of the great young talents of his generation." "He's one of those musicians that doesn't want to be a, quote-unquote, jazz musician," says Almazan. "When he plays music, he doesn't think of himself as a jazz musician or a classical musician. He's just trying to make music. As a trumpet player, he has one of the most massive sounds I've heard, and you can set your clock by his phrasing."

A UNIVERSAL MESSAGE: Almazan wrote most of the songs on his new album, This Land Abounds with Life, after his first trip back to Cuba since becoming a U.S. resident at age 7; he, his parents and sister were brought into the country through the Mexican border by Paquito D'Rivera's mother-in-law. "I went back to Cuba after a 23-year absence and wanted to portray my experience in a universal way," says Almazan. "It doesn't mean I'm specifically speaking about Cuba. I just use Cuba as a canvas because the issues could apply to any land." AN ECO-FRIENDLY APPROACH: Almazan runs an independent record label, Biophilia Records, through which he releases his own music. In the past year alone, the label also has released recordings from Rajna Swaminathan, Adam O'Farrill, Maria Grand, Justin Brown, Linda May Han Oh and many other current New York City-based composers and leaders. "I very much care about the environment and I have a vision of bringing together musicians who care about climate change," he says of his eco-friendly label. This Land Abounds with Life comes as a two-sided, 20-panel origami-inspired medium; each one is made entirely out of FSC-certified, robust paper, hand-folded and printed using plant-based inks.

WHY YOU SHOULD HEAR THEM:  This Land Abounds with Life kicks into high gear immediately with the energetic, sometimes dissonant piano-driven "Benjamin." The song references the Orwell novel Animal Farm. "The donkey named Benjamin is the first one to speak out against what's going on at the farm, and I try to portray that moment when he speaks up."

WHERE YOU CAN HEAR THEM: fabianalmazan.com.

WHERE YOU CAN SEe THEM: Fabian Almazan Trio performs at 7 p.m. on Sunday, June 23, at the Bop Stop.