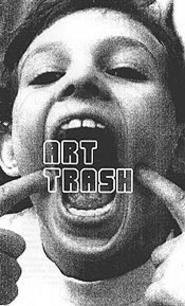 Comic books and their readership have never exactly thrived in the mainstream. Just ask the guy with the Silver Surfer T-shirt and plastic Green Lantern ring who can't find a date to this year's Mid-Ohio-Con. But there's a fringe beyond the fringe: a whole world of serious artists and writers who have a lot to say, yet remain relatively content preaching to a small but select crowd. The world of independent (or "underground," as they used to be called back in the days of R. Crumb) comics is one where satire thrives, subtlety is lauded, and the incomprehensibly bizarre is forgiven in the name of art. It is a world where you'll find paneled pages and word balloons, but no capes or Spandex -- unless, of course, the presence of such accoutrements is being used to make a very specific cultural comment worthy of a Todd Gitlin essay. And it's a world that's certainly worth exploring, even if -- make that especially if -- your sole association with comics consists of rooting for Betty over Veronica.

Spaces' latest exhibit, Page Me: The Art of Zines, Comix, and Other Artist-Made Books, offers a thorough and well-rounded introduction to indie comics. Lining the gallery's shelves are publications that run the gamut in terms of production values. There are works with professional-quality paper stock and those printed on a Xerox copier, machine-bound books and ones with pages that appear to have been handcut with scissors, gigantic hardcover tomes and postage-stamp-size "nano-comics."

The comics vary as much in content as they do in appearance. Jeffrey Brown's autobiographical graphic novel Clumsy makes use of simplistic art and few words to convey the sweet awkwardness that characterizes the protagonist's relationship with his girlfriend. In contrast, Farel Dalrymple's serial Pop Gun War presents the reader with a gorgeously rendered inner city that is rife with magical realism, as it follows the exploits of a young boy who flies about town on the discarded wings of a runaway angel.

Then there are the many anthologies, wherein you'll encounter everything from the surprisingly moving tale of a skeleton in love with an anthropomorphized crow (in Non, which features the work of various artists) to a one-page story that captures the terror of having nothing to read while on the toilet (in 20th Century Eightball by Daniel Clowes, whose crossover-to-cinema success Ghost World is -- probably intentionally -- absent from this exhibit). Page Me also makes a genuine effort to showcase the work of women writers and artists, ranging in diversity from Laurenn McCubbin and Nikki Coffman's gritty XXX LiveNudeGirls to the poignant high school nostalgia of Debbie Drechsler's The Summer of Love.

Comics are only a portion of Page Me, however. As its title suggests, this exhibition is about the many ways in which art meets the printed page. Throughout the gallery you'll see 1) art books, such as Self Taught, David Blaney's bizarrely interesting photo essay on rubber bands, or Ryan McGinness's smile-inducing exploration of pop-culture iconography, Piece of Mind; 2) book art, such as Melissa Jay Craig's sculptures of books constructed entirely from Japanese rice paper, or Keith Lord's hollowed-out encyclopedia volumes that contain tiny rooms; and 3) art in book form, such as Rosemarie Chiarlone's incredibly powerful "Hidden Realities," which invites you to flip through a confidential medical file filled with children's photos on X-ray film, through which you can make out horrifying news headlines and handwritten cries for help.

Finally, there are the zines. An entire room of the gallery has been devoted to these self-published periodicals, and as visitors continue to add their own zines to the exhibit (as the curators so encourage), these mini-manifestos may threaten to burst beyond that one small enclosure. Zines are often aimed at a very specific audience, underrepresented in the mainstream media. Raina Lee's 1-UP, for example, focuses on '80s video-game culture, offering arcade etiquette tips and ways to exercise your thumbs while off-machine. Many others, such as the Cleveland-produced ArtCrimes, function as printed galleries, through which unknown artists disseminate their work. Still more are exercises in verbal exhibitionism, with people printing their daily musings like Luddite bloggers.

Whoever you are, it's certain you won't like everything you see here. But there's so much to see -- and to read -- that you could easily spend a whole day at Spaces. (Or more, if you return for the make-your-own-zine workshops on February 1 and 2.) If any definition exists to explain what makes a book art, Page Me will challenge it. The first display piece you're likely to notice as you enter the gallery, are confronted by the (absolutely appropriate) strains of Moby, and put on the pair of white gloves that are required to touch the exhibits, is a pop-up-book version of The Wizard of Oz. It's a children's book available at any Borders or Barnes & Noble, but it's got some pretty beautiful art in it. And it's a nice, symbolic way to start your journey over the rainbow into a wonderful but often surreal subculture.