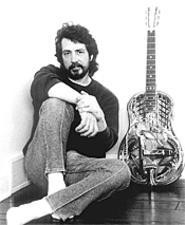 If you didn't get tickets to Sunday's Bruce Springsteen show at Cleveland State University's Wolstein Center, you're not alone -- the concert sold out in about three minutes. And if you missed all four of Michael Stanley's April shows at Akron's Tangier, worry not. For one night only, the Stone Pony Band will pay tribute to the blue-collar rock kings of New Jersey and Cleveland. Formerly Stagepass, the band rededicated itself as a Springsteen cover band when original bassist Colin Fitzpatrick left the city two years ago. He returns Saturday to pay tribute to Cleveland's favorite rocker-turned-DJ. Stanley (the real deal is pictured below) "is Cleveland history," says singer Kelly Derrick. "This music is something we all grew up with." Show time is 8 p.m. at House of Blues, 308 Euclid Avenue. Tickets are $15; call 216-241-5555. -- D.X. Ferris

Donny Osmond has probably been asked the question at least 3,487 times. Yet he answers graciously, even though a small sigh of exasperation precedes his reply. "My favorite color these days is whatever I'm wearing," he laughs. "My mom and sister bought all these purple socks [when I was younger], so I wore them. It was just a joke at first. But people picked up on it, and purple 'became' my favorite color."

At 47 years old, Osmond looks at least 15 years younger. He's been around so long -- singing with his brothers, hosting TV shows with sister Marie, starring onstage in Joseph and the Amazing Technicolor Dreamcoat -- that it seems as if he should be much older. "I live in a world of smoke and mirrors," he says. "But I've stayed true to myself."

Most anime leaves us cold. Something about the sterile environments and characterless characters seems so unhuman. But Japanese animation films look so damn cool, and Appleseed, coming out Tuesday on DVD, is one of the sleekest productions ever helmed. The story has something to do with a post-apocalyptic universe (don't they all?), and frankly, it's more confusing and convoluted than it needs to be. But techno maven Paul Oakenfold's thrusting soundtrack and the movie's slick animation keep things moving. The DVD includes a behind-the-scenes featurette on Appleseed's mix of motion-capture and computer graphics, an art gallery, helpful story outlines and character profiles, and both English and Japanese soundtracks. -- Michael Gallucci