Boss on a Hot Seat 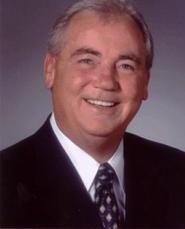 Summit County Executive James McCarthy sits in Bricco's bar, waving a Winston as he wisecracks about the prospect of getting kicked out of office.

Since 2001, he's been the most powerful man in the county, directing a billion-dollar budget. But in February, he hired Christine Congrove as the new director of animal control. The 23-year-old had no animal-control experience, no state certifications, no college degree. But she did possess the ultimate trump card for the $61,000 job: Her dad is County Councilman Dan Congrove, a McCarthy ally.

The executive's enemies immediately cried cronyism. It didn't help that the county's animal shelter was already a sore spot, thanks to former managers who held dog fights for amusement and euthanized cats that were about to be adopted ["House of Horrors," October 22, 2003]. For many, it was the last straw in a haystack of nepotistic and political hires ["All in the Family," July 6, 2005].

So McCarthy's critics launched a recall petition. If they can gather the 18,000 signatures required, the boss' fate will soon rest with an ad hoc election.

McCarthy dismisses the effort as little more than politics as usual in Akron, where the bloodletting isn't nearly as frenzied as in Cleveland, but the cast of characters is far more compelling. This fight pits McCarthy, a Bud-drinking old-school Democrat, against Alex Arshinkoff, the gay Republican Party chairman with a fondness for promoting anti-gay candidates.

"If I haven't made enemies in the 35 years that I've been in politics, then I haven't done anything," says McCarthy. "At least I know where to find them all now."

But the hiring of Congrove has solidified his legion of foes. The usual Republican suspects are now arm in arm with animal-rights activists and Democrats who've tired of the corruption permeating government from here to Columbus.

"As far as I know, I'm the only Republican on the committee for this recall," says Heather Nagel, one of the leaders. "It's mostly union members and hardcore Democrats. This isn't a political issue; it's an animal issue and it's a taxpayer issue."

And it seems the jovial McCarthy is well aware of that.

As news of Congrove's hiring spread, McCarthy was bombarded with angry e-mails accusing Congrove of being little more than a politically connected bimbo. But one message sent McCarthy over the edge. It came from Tiffanie Hauger of Burbank, California. "I know that Akron . . . has seen better days," she wrote. "I'm guessing that situations like this just add to the poor state of your community."

McCarthy was incensed that an outsider would take him to task. "You have been sucking too much smog," he responded. "I'm just a Midwest hick trying to understand how a former Akronite got to be sooooo smart by living in a smog haze. What besides hydrocarbons is in the air that makes people so perceptive in BURBANK?"

While it may have been a breath of fresh vitriol, coming from a member of the normally cautious political caste, Hauger took revenge by posting it on the internet. Suddenly, the boss' swift temper was available for all to see.

"One regret I have is the e-mail I sent to that woman," he says. "But she insulted the community. How does someone in Burbank know what's going on here? I was mad, and I wrote it in a fit. So I probably shouldn't have sent it -- or I should have at least used spell check."

While he takes back the insults to Hauger, McCarthy is standing his ground on Congrove. After all, the last three "qualified" men to hold the position were management nightmares. Congrove was his chance to put his money where his mouth is by hiring a young woman into a good job. "In the few months since she's been there, everything is running better than it was . . . If all you do is hire people with experience, where would people get any of their experience? Writing poetry on the internet?"

This fight is about more than Congrove. Animal-rights activists have raised hell with the county since 2003, when it was discovered that cats and dogs were being killed en masse, and that workers were even euthanizing pets about to be adopted, just to take revenge against critics.

Even Nagel agrees that things have improved under Congrove. And in many respects, McCarthy faces a no-win situation. Activists remain incensed that the county is killing too many animals, but Summit can ill afford to save them all.

"Those people won't be happy until we're a no-kill facility, and that can never happen," McCarthy says. "Come in and adopt a pet, if you don't want it put down. But where are we supposed to put them? We have no space."

Still, activists may be the least of his worries. This time, his enemies include hardcore Democrats. At least two unions are backing the recall. Congrove's "hiring was just icing on the cake for people already fed up with James McCarthy," Nagel says.

She points to payroll records, which show the McCarthy tribe earning more than $350,000 in annual government salaries. When political allies and their relatives are included, the total is estimated at $1.3 million.

But what others see as corruption, McCarthy sees as commonplace. "In what business don't people have friends or relatives working with them?" he asks. "Everyone gets a job in the county because they know somebody. I'll help you get the job, but I won't help you keep the job . . . What am I suppose to do? Hire my enemies?"

Yet if McCarthy isn't worried, it's clear that the recall effort is taking its toll. The day after his State of the County speech, the Beacon Journal made Congrove one of its top stories while completely ignoring McCarthy's announcement that all residents would begin receiving the same drug-discount cards currently reserved for county employees.

"This whole thing has really taken attention away from important issues," he says. "Oh well. Hopefully [the Beacon] will at least get an award out of all this."