With the Cheap Tragedies. Saturday, April 19, at Now That's Class. 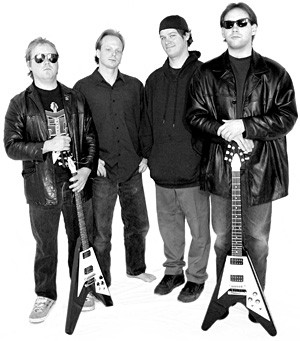 Boulder's latest reunion gig sounds like a big deal. So we hunted down some expert testimony about the local metal legend's significance from a guy who knows his shit. "They were the biggest band to ever come out of Cleveland," says Bill Peters, longtime host of WJCU's Metal on Metal. "Blossom and the Q must have been booked the day of the reunion." We sensed a whiff of sarcasm on Peters' part, so we went straight to the source. Bassist Jamie Walters told us that the lineup will be "the same jerks it's always been" and that their concert this weekend would feature "huge dragons and a laser light show." We then realized it was a fool's errand to look for incisive commentary about a band that plays songs like "Kick the Pregnant." Right when we were about to dismiss the whole thing, Tony Erba — frontman for opening group the Cheap Tragedies — nailed it: "Boulder took the awesome, crushing, rock-oriented heavy metal of classic British bands like Priest and Saxon, and filtered it through a who-gives-a-fuck ethos, poking fun at themselves, their music, and especially their crowds. The band became a unique crossover band that even the most street-level DIY punks could rally around."