A glut of boxed sets yields little that's worthy of your CD rack. 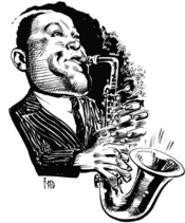 Due to new technology and a marketplace presumed to value the remastering of each note and outtake, the music on the reissues and boxed sets released in 2000 sounded better than ever. But just because it sounds good doesn't mean it is. Even as downloadable music began to nip at the heels of the CD format, conglomerates and indies alike scoured their vaults to see whether they could repackage their artists one more time. The major reissue houses presented a roster balanced between quality and dreck. Rhino, in concert with Atlantic and Warner Bros., released some of the best boxes of the year. It also spawned a nine-CD box of Richard Pryor. Granted, many of those discs have been out of print for years, and one is previously unreleased material. But nine discs? Please. Columbia's reissue branch, Legacy, was similarly greedy. Its three-CD Johnny Cash box, Love God Murder, was one of the best-conceived of the year and easy to market along with Solitary Man, Cash's third American Recordings CD. But Columbia/Legacy also released too much Dave Brubeck (the guy's not that great) and threatens to do the same with Thelonious Monk and Miles Davis in 2001. Even the Fantasy/Prestige/Milestone labels, one of the great archives of jazz, swelled the glut with Bill Evans Trio: The Last Waltz, an eight-CD box of the great pianist's last recordings, from September 1980. Riverside and Warner boxes of Evans are available already, many with similar material. But the Fantasy family also plundered its vaults effectively with the four-CD Stax Story and the three-CD Lifetime memorial to underrated soul singer Johnnie Taylor.

1. The Beatles: The Beatles 1 (Capitol) -- Just in time for Christmas: the 27 tracks that topped the charts during the Fab Four's reign. The sentimental stuff isn't as good as the rockers -- "The Long and Winding Road" proves how gooey Paul could be, and "Yellow Submarine" should be skipped -- but cuts from "Love Me Do" to "Paperback Writer" are a rush. Find more authentic repackaging and nearly as amazing material on three Lennon reissues: Imagine; Double Fantasy, the Geffen record Lennon and Yoko Ono released in 1980, just before Mark David Chapman assassinated Lennon; and Plastic Ono Band, the 1970 album that signaled Lennon's emergence as balls-out rocker and full-time prophet.

2. Louis Armstrong: The Complete Hot Five and Hot Seven Recordings (Columbia/Legacy, four CDs) -- These 99 template tracks from the '20s show why Armstrong was so heavily reissued in 2000 -- and is the star of Ken Burns's Jazz, an ambitious PBS series starting in January. If you thought he was all trumpet, this will teach you different.

3. The Band: Music From Big Pink/The Band (Capitol) -- Not only are these remasters sonically astonishing; the outtakes may be better than the originals. This Canadian American group uniquely blended authenticity, historicity, and imagination in the late '60s and the '70s, and its music swings deep. Capitol also released similarly respectful reissues of the less cohesive, no less fascinating Cahoots and Life Is a Carnival.

4. Miles Davis & John Coltrane: The Complete Columbia Recordings, 1955-1961 (Columbia/ Legacy) -- Beautifully packaged and annotated, these six CDs cover Davis's development into auteur, including the seminal album Kind of Blue. The cream of the second generation of bebop is here, including Red Garland, Wynton Kelly, and Bill Evans (and those are just the pianists). The music remains indelible, largely because of Davis's hollow-cheeked, minimalist eloquence.

5. Nick Drake: Five Leaves Left/Pink Moon/Bryter Layter (Hannibal) -- The improved sonics on these straight remasters of the terminally poetic, chiaroscuro British chamber folkie make them even more mesmerizing than before. Drake died in 1972, but his spirit lives: Just this year, VW Beetle ads made his eerie "Pink Moon" current again.

6. Charlie Parker: The Complete Savoy and Dial Studio Recordings, 1944-1948 (Savoy) -- Not only is this eight-CD set gorgeously packaged and annotated; its material traces jazz's evolution from black swing to colorblind bebop, an expansion of the musical vocabulary that still ripples. If bebop was about acceleration and fragmentation, Parker's playing kept it all together: rivetingly melodic, helplessly rhythmic, and indelible.

7. Rick Nelson: Legacy (Capitol) -- Gene Vincent outsinistered him, Elvis outbluesed him, Jerry Lee outplayed him. But Ricky Nelson spread the rock word in his own palatable way, first on the TV show Ozzie and Harriet and later in the embryonic folk-rock movement. There's a lot of second-rate material here, and Nelson often sounds suppressed. But he was a great interpreter -- his take on "Love Minus Zero/No Limit" is one of the best Dylan readings -- and when he lets go, as on "Shirley Lee" and, late in his career, John Hiatt's "Doll Hospital," watch out.

10. Gerald Wilson: The Complete Pacific Jazz Recordings of Gerald Wilson and His Orchestra (Mosaic) -- Only 5,000 of these were pressed. They chronicle a still-active Los Angeles bandleader whose creativity and verve rank with those of contemporary Gil Evans and, though Wilson was less prolific, Duke Ellington.

1. Genesis: Archive #2, 1976-1992 (Atlantic) -- Those who find Phil Collins insufferable will surely avoid the second Genesis box. Bouncier than its Peter Gabriel-influenced predecessor, it's also more shallow and less artsy. The 12-inch versions of "Invisible Touch" and "Land of Confusion" are particularly obnoxious.

3. REO Speedwagon: You Can Tune a Piano, but You Can't Tune a Fish/Hi Infidelity (Epic/Legacy) -- The creative fires of these former Irving Azoff protégés from Illinois fizzled by the late '80s, but they were a semi-force in the late '70s. Makes you realize why some write off that decade altogether, and others prefer to forget they lived through it. File these between Styx and Journey.

5. Electric Light Orchestra: Flashback (Epic/Legacy) -- Three CDs are too much for the vehicle of rock auteur/producer Jeff Lynne. Some cuts stay cool, like "Do Ya" (better rendered by the Move, Lynne's ELO predecessor with Roy Wood) and "Turn to Stone." But the bombast is as strong as the sugar, giving this camp cachet at best.

6. Various Artists: The Doowop Box III (Rhino) -- Two boxes are enough; Disc 4, including such unlikelies as the Stray Cats and Linda Ronstadt, is particularly questionable.

7. The Eagles: Selected Works 1972-1999 (Elektra) -- The only reason to buy this is the fourth disc, the 1999 New Year's Eve reunion concert in Los Angeles. It sounds good, and many tunes on the other three are fine. But this is coffee-table trophy material, suggesting that, when the time is right, the Eagles, who don't always know where political correctness ends and cynicism begins, will rearrange their canon for another sales assault.

9. John Prine: Souvenirs (Oh Boy) -- The only explanation for this tired product (not a reissue, a rerecording) is that Prine has been sick recently. When the originals are this good, why mess with them?

10. Richard Pryor: . . . And It's Deep Too! The Complete Warner Bros. Recordings, 1968-1992 (Rhino) -- File under wretched excess. This represents marketing at its most targeted, no matter how gifted Pryor is (and he is, indeed). Nine CDs -- face it, of anybody -- is too much, except for archival purposes.