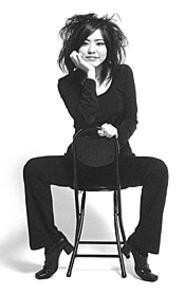 Hiromi doesn't like to be pigeonholed. Brain, the new album from the 24-year-old Japanese pianist, jumps from jazz to classical to pop to free-form improvisation. "I have no argument with what people want to call me," she says. "I'm just playing music that comes out of me. I have many influences in many areas." Her childhood informs her work ("I don't try to write in Japanese style, but I grew up there, and it's in my blood," she says), but it was her stint as a jingle writer that shapes her songs. "I was using music cues, and it was more like film scoring," explains Hiromi, who now lives in Boston. "It didn't feel like I was writing commercial music. I was composing music to a visual image. I still need to create some kind of visual image to inspire and stimulate me." Hiromi plays at 7 p.m. Tuesday and Wednesday at Nighttown, 12387 Cedar Road in Cleveland Heights. Tickets are $20; call 216-795-0550. -- Michael Gallucci

Robert Harling based the bittersweet Steel Magnolias on his mother's beauty-shop pals. Prepare to weep like a little girl at Beck Center (17801 Detroit Avenue in Lakewood) when the play opens Friday. Show times are 8 p.m. Thursday through Saturday and 3 p.m. Sunday through June 27. Tickets are $15 to $22.50; call 216-521-2540. -- Cris Glaser