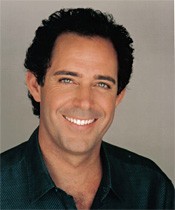 Ex-Brady Bunch brat Barry Williams is acutely aware of the "dream the big dream" mantra that tonight's contestants will repeatedly chant before they walk out onstage for tonight's Rising Star Vocal Competition Finals in Canton. After all, how many '70s TV actors ever had the privilege of getting scripts where they're cast as a rock-star wannabe named Johnny Bravo? "Talent is talent," says Williams. "If you don't have that, you're probably not going to get my vote."Williams will sit at the judges' table to score each competitor's vocal ability for the second annual singing contest. The top three vote-grabbers will go home with cash prizes and a chance to record a demo CD to send to five record labels. Williams, a '70s-music aficionado and the producer of the off-Broadway musical Growing Up '70s, takes his role as a judge seriously by scoring on ability, material, and stage presence. "I think it's a very privileged position to be in. I bring a fair amount of experience to the table, and I enjoy watching it from the other side," says Williams, who'll also be in town tomorrow to sign autographs at a Wal-Mart. "It's watching a dream come true, and I'm living my dream. So I know it's possible." The competition starts at 7 tonight at the Metropolitan Centre, 601 Cleveland Avenue Northwest in Canton. Tickets are $20. Call 330-494-3423 or visit www.risingstarevent.com.
Sat., April 19, 7 p.m., 2008