With the Sun and LaGuardia. Wednesday, March 26, at the Grog Shop. 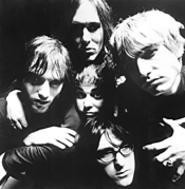 Over the course of a decade-plus, seven albums, and more than 40 different members, the Brian Jonestown Massacre has done its part to keep garage rock rolling. Named after the legendary Rolling Stones guitarist, the San Francisco-based group specializes in druggy guitar/organ rave-ups that neatly channel the unsettled experimental blues spirit of their namesake into a rollicking ball of fuzzy psychedelic pop. Led by singer-guitarist Anton Newcombe (the only original member), BJM has evolved into one of America's finest cult bands.

The troupe's forthcoming album, Your Side of Our Story, contains remade versions of older BJM tracks given a shiny makeover, thanks to new production techniques (and the money to pay for them); another, all-new studio album is also in the works for later this year, as is a CD reissue of the hitherto vinyl-only compilation of early material, Spacegirl and Other Favorites. Despite this explosion of recorded activity, however, the Massacre is still best encountered live, where its freewheeling sound takes on a whole new energy. Of course, we have no idea who's going to be in the band, but that somehow fits with this group's irreverent style. Find out with us at the Grog Shop on Wednesday.