With Arthur & Yu. Friday, November 9, at House of Blues. 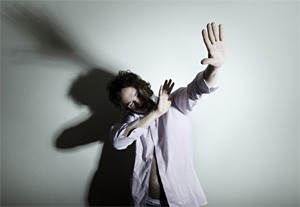 Spirit If . . . isn't quite sure if it's a new Broken Social Scene album or the solo debut of frontman Kevin Drew (the record is credited to Broken Social Scene presents: Kevin Drew). Doesn't really matter. BSS records are free-for-alls featuring seemingly every Canadian musician under 35; Spirit If . . . includes nearly two dozen of them (as well as appearances by Dinosaur Jr.'s J. Mascis and Pavement's Scott Kannberg). The only difference is that Drew sings most of Spirit's songs himself, so Feist fans are out of luck — although she, Emily Haines, and Amy Millan provide backing vocals throughout. The music remains pretty much the same: sprightly indie rock adorned with trombones, banjos, and violins. The CD's opener, "Farewell to the Pressure Kids," begins with two minutes of anarchic feedback squall. But the album soon settles into a familiar chamber-pop hootenanny that suits the restless collective, no matter whose name is on top. Expect much of the same live.