The Watts riots are the backdrop for Walter Mosley's latest "Easy Rawlins" tale. 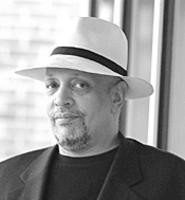 In Walter Mosley's Los Angeles, everything is black and white. You're either a good guy or a bad guy. You're either with the hero or against him. And you're either Caucasian or African American. In his latest book, Little Scarlet, Mosley takes the black-and-white streets of 1965 Los Angeles and colors them red with fire.

Set right after the Watts riots that divided and burned the city, Little Scarlet is Mosley's eighth (and quite possibly best) novel about Easy Rawlins, a black detective struggling with everyday big-city problems -- including its casual, nagging racism. "He's a quintessential male black hero in the middle of the 20th century," Mosley says.

Easy's assignment in Little Scarlet is to find the murderer of a woman who lived in an apartment in the sweltering neighborhood. But like most of Mosley's books, the real story is much bigger. "The riots had a deep impact on American culture," Mosley explains. "After the Watts riots, everything was different in America, even more so than [after] the assassination of Kennedy, in my opinion."

Still, Mosley (whom Bill Clinton named his favorite thriller writer) doesn't consider himself a political author, even if race has been a constant in all of his work. "All good fiction is political writing," he maintains. "I'm writing about a black man in America. And there are certain issues that black men in America face every day that other people don't think about.

"But were the Watts riots a political act? A sociological act? A revolutionary act? I'm not really certain."

The 52-year-old New Yorker says there are parts of him in Easy and vice versa. Just don't confuse the two, Mosley cautions. Because he created Easy, they're bound to share certain qualities, he admits. "But his character and my character have almost nothing in common," he says, laughing at the contradiction. "All the characters are amalgams of the black male heroes I've known in my life."

This summer, Mosley's doing something he hasn't done in a decade: hitting the road and promoting his book (he stops at Joseph-Beth Booksellers on Tuesday). "When I go around the country, I realize that people don't [know] about my books," he says. "I feel I need to reacquaint myself with America."

And there's plenty more to come. Mosley says he has no plans to retire his gumshoe anytime soon. Easy's tales have progressed chronologically -- he started out as a postwar survivor -- and Mosley hopes to take him to "the year 2000," he says. "Some writers think they know something that other people need to learn. I'm not that kind of writer.