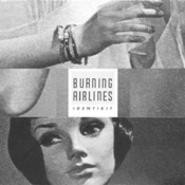 J. Robbins suffers from the common ailment of having cast too long a shadow too early in his career. With stints in both Government Issue and Jawbox on his musical résumé, Robbins has often been in the position of having to defend his current activities against his past glories. That was certainly the case three years ago, when Robbins joined forces with Government Issue/Wool drummer Peter Moffett to form Burning Airlines, a band with a ridiculously difficult pedigree to reconcile. Of course, Robbins and Burning Airlines acquitted themselves quite nicely on their debut, Mission: Control! With just enough post-hardcore references to appease Jawbox fans, Burning Airlines expanded and engineered a brand-new sound that offered the brave sonic chaos of the D.C. hardcore scene with flourishes of truly inspired pop hook mastery.

Most bands would be hard-pressed to come up with just one great album in the looming face of historical legend. With the potent and diverse Identikit, Burning Airlines has further distilled all the individual pieces that went into Mission: Control! Perhaps the biggest change here is the departure of bassist/guitarist Bill Barbot and the arrival of Mike Harbin, a move that forces Robbins to handle all of the guitar chores. Identikit is an amazing work by any yardstick, but the fact that Robbins and the band have achieved this level in just a pair of albums is all the more impressive. Identikit shows off Burning Airlines' existing love of Gang of Four's clockwork groove, the Pixies' muscular noise pop, and XTC's harmonic pop sense, amped up and exaggerated effectively. Robbins's lyrics range from Talking Heads-like metaphors ("Earthbound, I kiss the ground, now fall to me, so low to be let down," he sings in "Earthbound") to the sharp political insight of "Election Night Special" ("Mother Money, your dreams came true tonight"). Under Robbins's wise tutelage, Burning Airlines is poised to become one of the truly important bands of the decade.