How the music industry is screwing over the only honest customers it has. 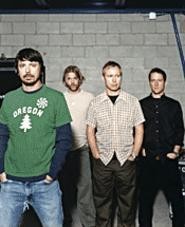 The increasingly combative File-Sharing Wars have come to this: Record companies now assume that you may have criminal intent, whether you buy CDs honestly or not. Recent releases from the Foo Fighters, My Morning Jacket, Velvet Revolver, and the Backstreet Boys have placed new, unexpected limitations on your ability to rip, store, copy, and burn music from legally acquired CDs. Essentially, these discs now insist on installing software in your computer and limiting the number of copies you can burn while also complicating the process of loading audio tracks onto some portable music players, including the iPod. Fans of legitimate download sites like iTunes have swallowed such limitations without much complaint, but CDs might be a tougher sell.

While lawsuits against internet file-sharing outposts like Grokster (and a few shots at individual Napster users) have grabbed headlines, major record labels have quietly shifted their target to casual CD-copying done for friends and family members. This, they now claim, is the real scourge behind the industry's prolonged slump. In contrast to pay-for-play download sites, physical CDs have always been wide open, and consumers now expect to play the discs in standard CD players, rip the audio files to their computers for desk-side listening, download the tracks into a portable music player, burn a compilation of favorite tunes, and make a physical backup copy for safekeeping, all easily and cheaply.

It's that last point that unnerves the industry: With a simple CD-R drive and a pack of blank discs, consumers can physically replicate CDs for about 10 cents apiece.

Thus the changes and limitations imposed by this new software, which record labels freely admit are more akin to speed bumps than padlocks: They won't completely halt ripping, burning, copying, and file-sharing, but they certainly complicate and frustrate the process, even when the CD owner's motives are pure and the ends legal. The ironic result is that record companies treat their customers -- those who've chosen not to acquire music from illegal but easily accessible file-sharing sites -- as potential criminals.

The New Order
When you pop Never Gone, the new Backstreet Boys disc, into a standard Windows-based computer, a pop-up dialogue box orders you to install special software before you play the CD or rip it to your hard drive. The software acts as the digital-rights manager, limiting the manner in which you can rip the CD and controlling the number of copies you can burn. If you don't agree to install the software, your computer ejects the disc unplayed and unripped.

Should you configure your computer to disable the "autorun" parameter (see sidebar), the software installer will also be disabled, which seems to solve the problem. Unfortunately, the CD's songs will now fail to register in standard media players like Windows Media Player or iTunes. Put simply, you can hear the music on the label's terms, using the label's designated media player, or not hear it at all.

The designated player's rights-management solutions are based on a concept called "sterile burning," designed to limit copying activity to that deemed reasonable by the record label. Only a limited number of copies (typically three) can be made, and those "sterile" copies are reproductive dead ends, unable to be reimported or copied. By year's end, Sony hopes that 100 percent of its new releases will carry this technology. But there are further, more troubling issues of particular frustration to iPod owners. The current crop of managed discs allows Windows users only to rip audio tracks into a specific format, Microsoft WMA, which the world's dominant portable media player does not "speak." An iPod expects tunes to be downloaded in either Apple's AAC format or the more generic MP3. But labels have thus far insisted on WMA files for their discs, leaving consumers without a simple path for porting music to their iPods.

So what are Windows-running, CD-buying, iPod-toting consumers to do? Faced with complaints, Sony has provided two solutions:

1. Directions on how to burn the protected tracks to a blank disc and then rip those songs into iTunes as MP3s.

2. Directions on where to send a request to Apple, to demand they change their rights-management system to better suit Sony's needs.

The first proposal requires users of the dominant operating system and portable music player to insert the purchased CD, install software, buy a blank disc, burn the tracks on it, reinsert that CD, and rip those tracks, all to copy legally acquired music to their iPods. Worse, these file conversions include two steps of audio degradation into compressed or "lossy" formats, potentially affecting sound quality.

The second proposal conscripts music buyers as lobbyists for Sony in its issue with Apple.

Even consumers with WMA-compatible portable players (such as models from iRiver, Creative, or Sanyo) -- or listeners simply wishing to play the CD on their computers -- may still blanch at the demands of these new discs, which require you to agree to a complex user-license agreement and allow a record company to install software on your computer. And if a label won't trust you to use a legally purchased CD legally, why should you trust it to install that CD's software on your computer?

Workarounds and Conclusions
How can you avoid these hassles? You could buy a Mac or replace Windows with Linux on your computer, as both of these systems currently ignore rights-management issues and allow you to rip managed CDs in whatever format you like. Short of leaving the Windows world, you can make a quick Google search that will provide links to readily available player-and-ripper shareware oblivious to rights management.

A simpler alternative is to vote with your pocketbook and avoid these copy-protected discs altogether. Sony's releases are typically branded "CONTENT PROTECTED" on the front cover and provide information on the back regarding compatibility with computers and operating systems. If you purchase your CDs online, you'll need to rely on your e-tailer; Amazon.com typically marks these items with "COPY PROTECTED CD" right in the title. Short of boycotting your favorite bands, you can also download from an online store that supports your portable music player, such as iTunes for iPod users.

While the debate still rages as to whether file-sharing cuts into sales or promotes artists, it's evident that current rights-management solutions interfere with buyers' expectations, leaving them to wonder why they're paying the same list price for a disc that's less functional and less user-friendly than those purchased a few months ago.

Finally, the effectiveness of a digital rights-management solution (or DRM, as it is commonly called) is inversely proportional to the savvy of a CD's owner. Cory Doctorow, outreach coordinator for the Electronic Frontier Foundation, framed this nicely in a recent speech. "Here's the social reason that DRM fails: Keeping an honest user honest is like keeping a tall user tall," he said. "DRM vendors tell us that their technology is meant to be proof against average users, not organized criminal gangs like the Ukrainian pirates who stamp out millions of high-quality counterfeits. It's not meant to be proof against sophisticated college kids. It's not meant to be proof against anyone who knows how to edit her registry or hold down the shift key at the right moment, or use a search engine. At the end of the day, the user DRM is meant to defend against is the most unsophisticated and least capable among us."

In other words, DRM frustrates only the least capable, compelling them to get more capable, which provides them both a path around the restrictions and a tempting opportunity to stop buying CDs altogether.

· For help disabling autorun on your Windows computer, go to Annoy ances.org/exec/show/article03-018

· For general news and commentary on DRM, check DRMblog.com and DRMWatch.com

· For an interesting discussion of anticircumvention laws, go to DRMWatch.com/drmtech/article. php/3093371

· For a running discussion about your rights to understand, discuss, repair, and modify the technological devices you own, see Freedom-to-Tinker.com

· For a blow-by-blow account of the attempt by one owner of a Foo Fighters CD to remove the DRM software from his computer, click to MichaelRighi.com/2005/06/20/use-sony-drm-format-your-hard-drive