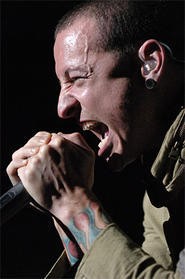 After 36 years of gigs and modest international acclaim, 15 60 75 (aka the Numbers Band) is close to finishing its first professionally produced studio album. The band's eighth LP is being produced by Pere Ubu main man David Thomas.

"Anyone familiar with their recorded work knows that they've never been recorded properly, or even well," says Thomas, who first produced the band on "Here in the Life," a 45 from 1983. "I think I have accomplished what was previously thought to be impossible. They were brilliant working in the studio and adapted quickly and professionally."

The team recorded the disc at Suma Studios with engineer Paul Hamann, who's worked with the James Gang and Ubu. The music ranges from avant-blues to more traditional tunes. The band re-recorded 1982's "Nobody's John" (formerly known as "Nobody's Jaun," an unsuccessful half-pun). One of Thomas' favorites, the new version is a slower treatment with a new arrangement.

"It's a really nice representation of what we're doing," says frontman Robert Kidney. "David is our producer, and he has a tremendous amount of experience. But the most important thing is, he's a vocalist. He likes my vocals. He likes my words. He has no agenda, other than to make us sound like we are."

Recording is finished, and Thomas is completing the final mix between tour dates. There is no release date yet, but Kidney says it will be out this year, once the group finalizes a label situation. The Numbers Band plays a free outdoor show at 7 p.m. Friday, August 24 at Lock 3 Live! (300 South Main Street, Akron).

· Cleveland's Stab-o-Matic is recording its second album with Kirk Yano, a Grammy-nominated producer. Yano made his bones recording the Dead Boys and countless WMMS Coffee Break concerts, and has worked with Mariah Carey, Miles Davis, and others. Yano returned to Cleveland last week to record at Lava Room studios. The punk-rock veterans plan to finish at Yano's Planet 2 Planet studio in New York City.

· The Cleveland death-thrashers in Skeletonwitch have posted a new track, "Upon Wings of Black," at www.myspace.com/skeletonwitch. With death-metal vocals and a classic-rock guitar solo, the ripper is the first taste of the band's Beyond the Permafrost LP, which is due in October on Prosthetic Records. On the group's current tour, they'll open for Gwar and Nachtmystium.

· Midnight Syndicate has signed two big horror-fantasy names for its movie, The Dead Matter. The film, which is shooting locally this month, will feature Tom Savini, the groundbreaking special-effects technician turned actor, whose roles include the biker Sex Machine in From Dusk Till Dawn, and Andrew Divoff, who played the one-eyed Russian in Lost. Syndicate will score the film, and the group's Edward Douglas will direct.

· Rockin' neo-soul group 1959 has changed its name to Winslow. Take a listen at www.myspace.com/winslowsoul. The band plays the Molson Battle of the Bands Wednesday, August 22 at Around the Corner (18616-20 Detroit Avenue, Lakewood).