Glenn Danzig talks about his last tour for the foreseeable future. 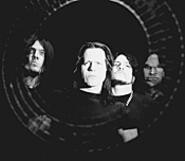 "GO FUCK YOURSELF YOU EXPLOITATIVE SCUMBAG FUCKHEAD," Glenn Danzig wrote to us in menacing capital letters. Asking him about the Misfits seemed like a good idea a few years back, when a version of the band returned to the club circuit. Seeing as how Danzig made his bones as the mastermind behind the seminal melodic punk crew with the grisly graphics, we dropped him a line to get his take on the Misfits continuing to make the rounds without him. His response came fast and furious.

"THE MISFITS DIED IN 1983," he continued to write. "THIS THING OUT THERE CALLING ITSELF THE MISFITS IS A PATHETIC EMBARRASSING ABOMINATION."

And that was it -- aside from the hint of legal action if any of his lyrics were reprinted.

But in a chat with Danzig three years later, his incensed blast begins to feel more and more uncharacteristic. As he talks up his final tour for the foreseeable future in a soft voice with traces of his New Jersey origins, he's friendly and laughs frequently. He's quick to speak on his pet subjects: Freemasonry, religion, and comic books. Asked nicely, he'll even talk about the Misfits now. Other topics don't warrant six words (like the modern metal movement that he inadvertently spawned with the 'Fits' 1982 hardcore-metal hybrid, Earth AD). Sure, the Italian-Scottish frontman is famous for his berserker temper, but he's been in some infuriating situations. He doesn't like to discuss his scars, but he'll gladly talk about business at hand.

Danzig's first major post-music project will be directing a movie adaptation of Gerouge, a zombie-voodoo comic book creation for his Verotik publishing house. He's a lifelong comic fan -- he financed some early recordings by selling off his collection -- but most superhero films disappoint him, and his directorial debut isn't an attempt to join the billion-dollar flying-men-in-tights industry.

"It's not a big Hollywood studio," says Danzig of Rainstorm Productions, the company producing his film. "None of those people are going to give me any kind of play. I'd like to be in my genre. It's always going to be horror, that kind of stuff. I'd like to do what Scorsese did: start out indie and be able to do whatever I want, whenever I wanted to."

Which is what he's done as a musician. Over nearly 30 years, he's recorded more than 20 LPs and EPs with the Misfits, then Samhain, and now the long-running Danzig. Despite limited commercial success -- 1988's Danzig album eventually went platinum, after a live version of the bluesy rocker "Mother" became a hit single in 1993 -- his legendary business acumen has allowed him to stay in the game (one of the original D.I.Y. guys, Danzig tightly controls the publishing to most everything he's ever recorded, and he now licenses his albums to labels). For the first time in his storied career, he's also starting to consider his legacy.

"I never did before, but recently I have," Danzig says. "I have a pretty big body of work. I mean, it's not like we're U2 or anything. If I wanted to, I could have done that a long time ago and made a bunch more money. But I don't want to be that. I want to be what I am."

Danzig is arguably the most versatile talent to emerge from hardcore's first wave -- a graphic designer, photographer, and composer who writes all his bands' music. He's been covered by Metallica. He's written for Johnny Cash and Roy Orbison. His instrumental Black Aria disc topped Billboard's classical chart in 1993 (and a sequel is due this summer).

With a length and breadth comparable to Bowie's, his body of work spans punk, blues, electronica, and beyond. Like '70s horror-rock king Alice Cooper, Danzig's music is eclipsed by the sheer effectiveness of its presentation -- it's hard to look past horned humanoid skulls, razor-taloned strippers, and buckets of blood.

And like many entertainment figures, sometimes he gets the most publicity for incidents that have nothing to do with his art. Last summer, a fracas following an Arizona show became an instant hardcore legend. Pressed for time, headliner Danzig moved his set to an earlier slot, bumping Arizona band the North Side Kings from the bill. Kings frontman Danny Marianinho found Danzig backstage, the conversation heated quickly, and Danzig shoved the burly singer, who lunged back with a wild right haymaker that connected with Danzig's chin, leveling him. A clip of the incident sprung up on dozens of internet sites. Cleveland-based radio program The Metal Show posted the video and reported a server-crashing 112,000 downloads in seven hours.

"I saw that footage, and that pissed me off, because he's a nice guy," says Jim LaMarca, bassist for Cleveland metallers Chimaira, who toured with Danzig in 2002. "Maybe his patience runs a little thin, but that's OK. After shows, he would go and wash up, then come out and sign autographs for an hour and a half, two hours. That's cool, you know? When you're touring with him, he's in a good mood all day, until someone pisses him off. People ask him dumb shit."

As Danzig bids farewell to life on the road, his latest tour concentrates on the new album Circle of Snakes. Rife with pagan imagery, it fittingly summarizes his career, slithering from electro to thrash.

"The true test of whether you're going to stick around is that you have to defy categorization," Danzig says. "Otherwise, you get lumped in with a period or time, and then it's gone. I always said I want to write records that stand the test of time. It's great that I did what I set out to do, and I'm honored that people still want to listen to that stuff."