There won't be any pyrotechnics, but check it out anyway 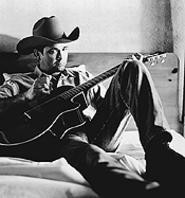 There's a lot of pressure on this New Year's to do something memorable, like sitting on top of the Great Pyramid for the first sunrise of 2000, or hopping on a cruise ship and "chasing" the time change back to port. Still, most of us will be stuck, as usual, in Ohio, and there just isn't much millennial pull to being in Ohio -- unless you ask Tracy Byrd, who will be playing at the Boot Scoot'n Saloon's Millennium Bash.

"I tell ya," Byrd says in a heavy Texas accent. "I can't think of any place in the country -- besides maybe Billy Bob's in Fort Worth -- that I love to play as much as I do the Boot Scoot'n Saloon."

You can't help but believe the guy, either -- Byrd and his band have been known to put on four-hour shows at the dancehall in Cuyahoga Falls. But one still has to question the man's sanity for willingly coming to Ohio for this New Year's, especially since he's one of a dying breed of good ol' boys who puts family before just about anything else.

"My wife was actually pretty upset," he concedes about how his family took to Dad working over the holiday. "We've actually got a New Year's Day show, too, in Wyoming. We're going to be some of those brave souls that fly on New Year's Day."

Meanwhile, his family and friends will be spending the end of the year at the Byrd beach home on the gulf coast of Texas. "It's honestly me that's missing out," he admits. "I guess I'm not really as excited about this millennium deal as everybody else is. It's just another year to me. Life goes on."

It may just be that Byrd has already achieved any millennium goals he had and sees nothing special ahead, since 1999 was far from just another year for him. In February he dropped MCA, the label that he had been with from day one -- through six albums, generating five million album sales -- and switched to RCA, in the process regaining control of his career and taking over the production role for himself.

"It's definitely a new millennium and a new career for us," he agrees, hoping to put the reputation he garnered at MCA for recording "silly" country songs behind him. "I love country music, and I love great country music, and I just felt like I wasn't cutting the caliber of songs I needed to cut." His latest album, It's About Time, is based on his intention of no longer being dictated to by trends and record executives.

"You won't see me swinging from any ropes or any pyro going off during my show," Byrd promises, considering himself a country traditionalist. "It's pretty much a straight-ahead country show. Of course, we'll stop and do "Auld Lang Syne' in the middle of it."

And with Y2K threatening everything that contains circuits, it may be just as well that he isn't into all the flash and dazzle of other recording stars. Sitting around too many campfires to count, serenading his buddies by acoustic guitar, has inadvertently prepared Byrd for a worst-case New Year's scenario.

"We can always do an acoustic set," he laughs, considering the possibility that the lights may go out. "Lord yeah, we can always do that, and have done it before. I like the bareness of it. I like being able to show people that I can get out there with just a guitar and sing the songs that are on my record."

He almost makes it sound worth staying in Ohio for New Year's, after all. And with the Boot Scoot'n offering an open bar, champagne toast, and continental breakfast with admission, it's done all it can to make it worthwhile, too.

"Well, the folks that can't get out," Byrd says with another laugh, "we're coming there to entertain them. That's the way we look at it." -- Powers