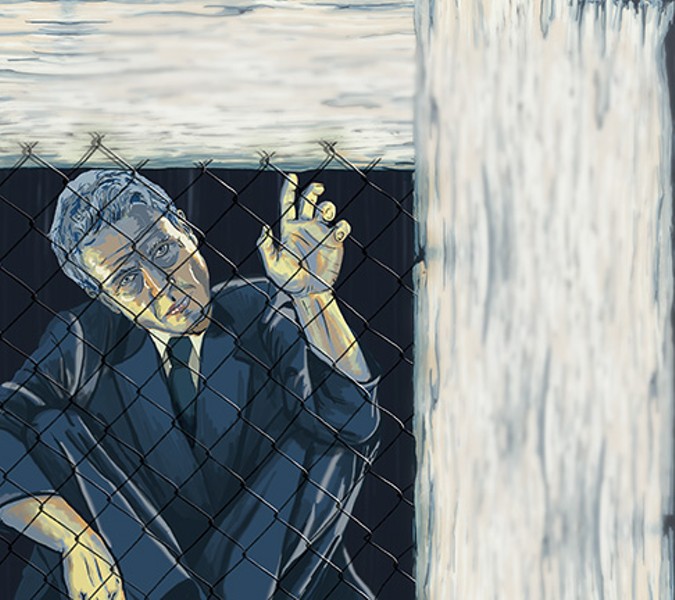 "It's kind of hard of believe that it took this long to get this done," Gov. John Kasich quips with his pol-tinged half-charm. "I mean, wh-what was the holdup, right?!"

He is surrounded by animal advocates and more than a few bouncy pups, all of whom seem to cast raised eyebrows as the governor scribbles his name on a dog-breeding bill that largely accomplishes nothing.

The words Kasich personally approved on a cold day in December last winter became effective in March—kind of. Little has changed so far in the land of Ohio's puppy mills, and not much will. Vagaries dot the bill's language like puppy kennels along the rolling Holmes County landscape. And knotty conflicts in the process ravage whatever intent the Statehouse set about with initially.

The charge of kicking the bill's meager provisions into action falls to the Ohio Department of Agriculture (ODA), a monolithic group that oversees state crop production, livestock and many other industries far removed from companion animals like puppies. With the help of stakeholders specifically chosen by the ODA, any sense of puppy mill reform via Senate Bill 130 won't take shape until 2016 or later.

"The only thing I can say now is that you are gonna be protected," Kasich says. He is wrapping up the ceremonial bill-signing back in January and looking deep into the eyes of Sammy, a supremely cute Bichon from Wadsworth. Kasich's gaze, unsurprisingly, is not the comfort Sammy and his kind need.

A slanted roof covers a row of tiny cages growing hot in the morning sun. From half a mile across otherwise gentle farmland, what appears to be a lone Yorkie can be seen sitting idly and watching passing cars and buggies.

Puppy kennels—"puppy mills" in the more oppositional colloquy—are easy to spot from the circuitous roads of rural countrysides around Northeast Ohio. The heart of the commercial dog breeding industry in Ohio lies mostly within and around Amish Country—Holmes County, south of Wooster, and neighboring Tuscarawas, Ashland and Guernsey counties. Winding roads weave in and among hills, and gravelly driveways jut off at odd intervals. Now and then, a series of buildings crop upward out of the land. These are homes, barns, silos, storage areas. But often enough, tucked among the other buildings are small kennels built for small animals. In the past decade, in many cases, puppies have lived in them.

There's nothing secretive about the mills. But there's certainly a darkness about them that gets brushed under the regions' handwoven rugs.

"We have Yorkies and we have Westies," a young Amish woman says as a prospective customer sidles up to the house and broaches the subject. She doesn't let the customer wander too far off the rocky driveway; rather, she dispatches four of her children to cull a couple of puppies from the kennel behind the garage. For the most part, buyers don't get a good look at the conditions of these makeshift homes and breeding grounds. "They are...eh, how old now? Four weeks old now," the woman says, squinting into the morning sun.