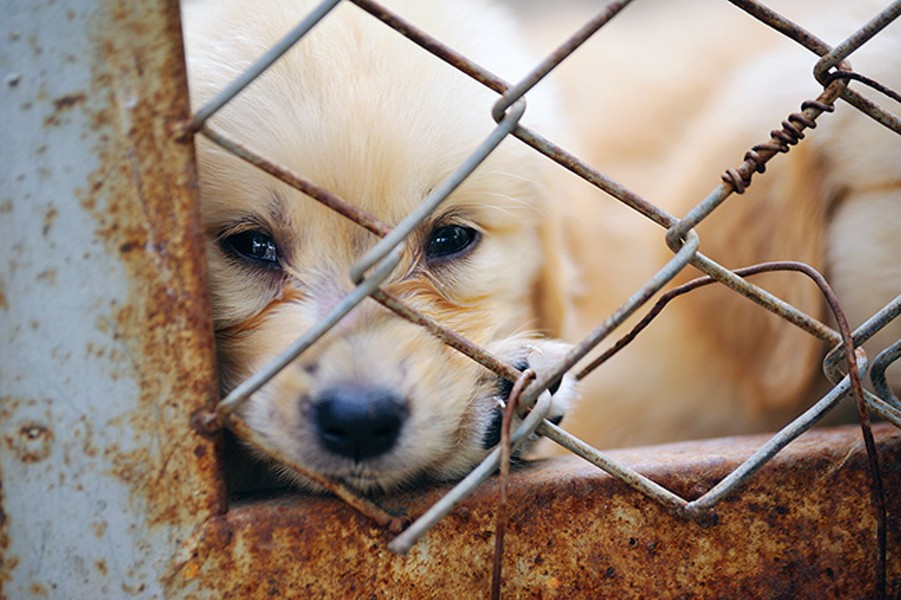 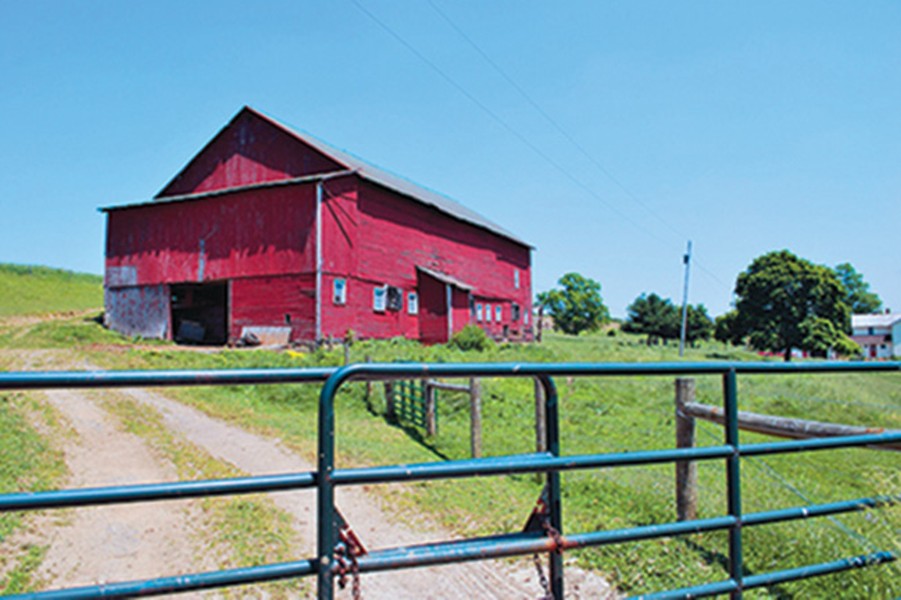 "The only thing I can say now is that you are gonna be protected."

Kasich's words probably weren't on Olivia Pavone's mind as she and her fiance trucked down I-77 from Richfield to Victoria Savage's puppy kennel in Cambridge. She confesses to not having done much research in advance of the visit. Upon arrival at Savage's place, it became clear that things were not quite right.

"I was shocked she let me in," Pavone says of the general tone of her visit. "The second I pulled into the driveway, I knew it was a puppy mill." She saw rows of homemade cages assembled with wire and tarp. Five dogs, on average, huddled in each cage. There was a chicken coop-style structure where the dogs were physically breeding. Inside the tight building, Pavone describes a scene of horror.

Throughout the transaction, which had been set in motion once Pavone fell in love with a particular puppy on the Internet, Savage was describing how her operation is essentially a non-stop breeding frenzy. It's a narrative that echoes all over Ohio and the Midwest: Dogs are forced to breed until they physically can't. At that point, they're cast off to rescue organizations or, all too often, a much worse fate.

Pavone purchased the dog and left quickly, though she did cancel the check the next day, explaining her disgust at supporting the mill in any fashion. On the way home, the puppy began incessantly throwing up in the car. The little pup was visibly ill, and Pavone suspected the puppy may have parvo—a wildly contagious virus that runs rampant among poorly kept mills.

Sure enough, an emergency visit to a veterinarian that day confirmed as much. The puppy was euthanized shortly, out of necessity.

Guernsey County's dog warden now has a situation to hang a case on. Pavone has been working with other advocates to raise awareness of mills in general and her experience in Cambridge specifically.

Interactions like that are often the sources of puppy mill investigations. True to form, though, once a breeder learns that officials are looking into his or her operation, the dirt gets cleaned up and inspectors are shown only the spic-and-span aspects of the mill.

Under the new law, complaints like Pavone's are the main triggers of state inspections. For day-to-day inspections, mill operators can wrangle their go-to vets for a quick once-over. But a complaint against a particular mill signals a need for the state to get involved. Mill operators and owners will get advance notice of an impending inspection, with one of the five representative inspectors visiting the kennels prior to the first inspection and informing operators what parts of the business may need tightening up.

Pavone's story, taking place more than six months after the law was approved, tosses the sort of painful light on the industry that the law was meant to.

Along similar lines, Kasich signed "Nitro's Law" on June 30 of this year. It's a set of animal abuse policies that actually provide teeth to prosecution. Ohio's animal abuse laws are notoriously among the lightest in the country. Even with this bill passed into law, however, legislators ensured that it didn't tackle all problems.

So on paper, it's been a damn good year for Ohio's animal advocates. Nitro's Law, a long-in-the-works bill that addresses animal cruelty at kennels, was finally approved in June. It's being brought into the puppy mill argument mostly because it actually does nothing to address conditions at puppy mills.

The bill was never meant to confront the conditions in puppy mills at its essence, though. Nitro was a Rottweiler that was found dead of starvation at a Youngstown dog training facility. The law was written to ensure that similar neglect and abuse can't happen. Ohio's puppy mill law was meant to confront those very conditions. From the current vantage point, it couldn't be more tepid.

But that's the reality faced by men and women fighting on behalf of animals: piecemeal progress. The puppy mill law has been lauded by various arenas as "a good first step" toward improved living conditions. And who knows? Maybe after another decade passes, "a good second step" will make its way from the Statehouse to the rolling hills of Puppy Mill Country, Ohio.