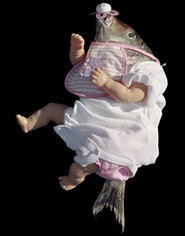 Arte -- More than paintings and prints, technique is what's truly on display in this informative show by nationally renowned Clevelander Phyllis Seltzer. And what a technique it is. Using heat transfer, Seltzer recasts oil paintings as prints on paper -- somewhat like posters, but without sacrificing brightness or archival durability. If anything, the prints are actually more vivid and a lot crisper. The copies and their originals are included here; the opportunity to compare them is the show's greatest strength. The work itself is equally interesting: In one colorful, fresco-like cityscape after another, Seltzer highlights similarities between the jammed, high-rising metropolises of New York and Cleveland, and old Europe's dense network of red rooftops and crowded alleys. She focuses particularly on Venice, her home away from home. In "Graphic Urbanscape," Seltzer fondly places Cleveland, with its many public landmarks, on a level with storied Rialto, an ancient part of Venice, whose festive, harlequin-like spirit she honors in "L'Anima Rialto." But the image most likely to mentally linger stands apart: "Central Park," a magnificent landscape scanning the park top to bottom from the wide-open perspective of a window washer outside a skyscraper, 80 floors up. From this vantage point, the buildings possess a rare immediacy, and the treetops coalesce into a strangely calm sea of green. Morning sunlight gently bathes the entire scene. For a moment, New York seems peaceful. Through May 27 at Convivium 33 Gallery, 1433 East 33rd St., 216-881-7838, www.josaphatartshall.com. -- Zachary Lewis

Reborn -- Brilliantly titled, this small display of photographic work by Clevelander Jane Critchlow serves to both christen a new gallery in the rectory of the Convivium 33 complex and convey the artist's disgust for (among other things) "reborn" dolls. And what is just as creepy as vinyl baby dolls designed to look eerily real? Dead fish, of course. Critchlow establishes the connection by attaching plump "reborn" limbs and frilly doll clothing to real market-fresh fish, photographing the arrangements against solid black backgrounds, like so many pieces of bizarre courtroom evidence. Clearly, we're meant to feel attraction and repulsion, but the latter reaction wins out. Deeper commentary -- something about our tendency to mask our ugly selves in pleasant but fake exteriors -- may be lurking here somewhere too, but it's not exactly well-formed. Critchlow's quirky eye and affinity for water are better employed in a set of altered photographs underscoring Cleveland's environmental instability. In "Yes, No, Goodbye," she digitally pastes a Ouija board onto a photo of the Lake Erie shoreline, and the game's triangular planchette looms menacingly in the water like a shark. This visualization of the natural world's uncertain future is poetically poignant and, unlike the doll images, carries genuine significance. But it's all fun and gross-out games in "Why Pink? Why Cherry?," a close-up of two spongy pink disks. Never have urinal cakes looked so tasty, and never will restrooms be viewed in the same way. Through May 11 at the Confessional, 1435 East 33rd St., 216-299-3851, www.janecritchlow.com. -- Lewis

Monet in Normandy -- Claude Monet's oeuvre has been presented a thousand times in a thousand ways, but never quite like this. Organized chronologically in accordance with Monet's many trips to France's rugged Normandy coast, and featuring a healthy mix of major and minor works, this 50-piece exhibition amounts to a quick but insightful examination of the painter's stylistic development. Famous works from the 1860s like "The Garden at Sainte-Adresse" and "Pointe de la Heve at Low Tide" illuminate the show's early chapter, in which Monet becomes infatuated with the sea and refines his ability to produce landscapes both fresh and dramatic. But it's not long until Monet's nascent Impressionism begins to emerge. By the 1880s, after marriage and many returns to the shore, his palette is growing more subtle and complex, and he's more intensely obsessed with water. One painting here, full of blue-green curlicues depicting crashing waves, verges on pure abstraction. But the most rewarding pieces are those that show Monet's devotion to capturing the transformative effects of light, shadow, and snow. The few precious selections from the Rouen cathedral and haystack series are enough to steal this already dazzling show. Through May 20 at the Cleveland Museum of Art, 11150 East Blvd., 216-421-7350, www.clevelandart.org. -- Zachary Lewis

On a Pedestal and off the Wall -- The two-part title is a sign: This sculpture exhibition, juried by Cleveland artist Don Harvey, boasts a sharply split personality. The meatier, stronger half boldly pushes all sorts of relevant buttons. The second half, by contrast, is pure goofiness -- creative, technically accomplished froth. Guess which half Dietrich Wegner's "Bomber Boy" belongs to? Strapped to this realistic, life-sized figurine of a white, blond little boy is a pack of dynamite. A cherubic symbol of Western innocence transforms into a brainwashed harbinger of death straight from the war-torn Middle East. More than effective, the sculpture jams together opposing stereotypes, thereby evoking an almost painful degree of cognitive dissonance. No less powerful is Case Conover's "Match America." This 3-D map of the U.S., made of matchstick tips, eliminates blue states entirely, brilliantly portraying the entire country as one more-or-less monochromatic swath of red -- one that could, incidentally, burst into flames at the slightest provocation. The show's laid-back side is a zoo of zany contraptions and creatures, dazzling to the eye and playfully meaningless. Chief among them is J. Derek O'Brien's "Polli," a life-sized pig forged from cast-iron cookware. A pig made from pans used for frying bacon? How deliciously cyclical. But Mark VanFleet's "Tape Measure Ceiling" best bridges the gap between the exhibit's two sides: The video shows a group of men extending flimsy tape measures high into the air, allegorically taking the male obsession with length to humorous new heights. Through April 14 at the Sculpture Center, 1834 E. 123rd St., 216-229-6527, www.sculpturecenter.org. -- Lewis